'This Sleeping Beauty is a grand jewel in The National Ballet of Canada’s repertoire. Not only does it feature a treasure trove of classical riches, it once again proves why this company is among the best in the world.' – National Post 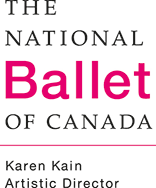 There is lift access and step-free seating to most levels of the Main Stage auditorium, except the Orchestra Stalls, which are reached by a minimum of nine steps. There are more than 100 seats in the Stalls Circle, Balcony and Amphitheatre which are accessible without the need to negotiate steps. In addition, many seats in these areas and in the Donald Gordon Grand Tier and Orchestra Stalls are accessible by 10 steps or fewer. Find out more about accessing the Main Stage Auditorium.