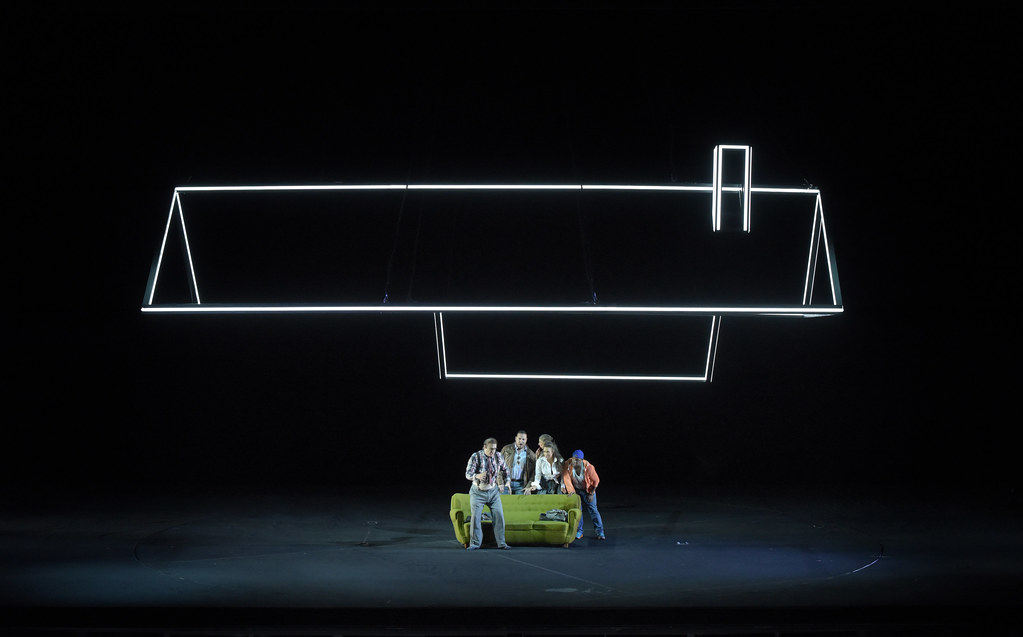 Bryn Terfel heads a star cast for this new production of Donizetti’s comedy of domestic drama across two generations.

Don Pasquale, a wealthy old bachelor, is outraged when he hears his nephew Ernesto intends to marry the impoverished widow Norina. He determines to marry himself and disinherit Ernesto. Ernesto and Norina despair, but their friend Doctor Malatesta promises to help them – and teach Pasquale a lesson. Malatesta persuades Norina to disguise herself as his sister, then presents her to Don Pasquale as a potential bride. Pasquale is so delighted with the young woman’s docile behaviour that he demands they marry at once.

The marriage takes place – witnessed by a fake notary – after which the young bride becomes utterly overbearing and unpleasant, tormenting her ‘husband’. When Pasquale discovers a note from his ‘wife’ arranging a rendezvous with a lover, he determines to confront her and end his misery. The conspirators are now set to reveal their trickery, but will Don Pasquale forgive them?

Royal Opera favourite Bryn Terfel heads the cast for this new production of Donizetti’s comedy of domestic drama across two generations. The witty story of a middle-aged man whose supposed young wife runs rings around him – with her own ulterior romantic purpose in mind – has long delighted and surprised audiences, not least as presented with the sparkle of its music and the virtuoso skill of its performers. Damiano Michieletto’s exhilarating production shows how contemporary the characters still are and how immediate and touching the story remains.

Cast sheets are available as PDFs

To find out more visit the Don Pasquale (2019) production page.