Italian librettist and composer Temistocle Solera (1815–78) is best known for his librettos for Verdi, the most famous of which is Nabucco.

Solera was born in Ferrara. He was educated in Vienna before running away to join a circus, and eventually completed his studies in Milan and Pavia. He published some books of verse before working on his first operatic project in 1839, adapting Antonio Piazza’s libretto Oberto conte di San Bonifacio for Verdi. He had his first great success with Nabucco (1842) and went on to write for Verdi Il Lombardi alla prima crociata (1843), Giovanna d’Arco (1845) and Attila (1846), the last of which was completed by Francesco Maria Piave when Solera moved to Madrid to work as director of productions there. 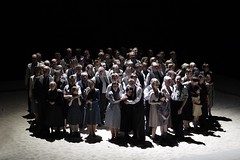 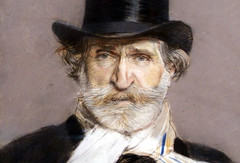 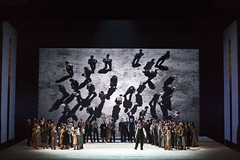