Irish mezzo-soprano Rachel Kelly was a member of the Jette Parker Young Artist Programme 2013–15. During this time her roles included Second Esquire (Parsifal), Mercédès (Carmen), Javotte (Manon), Pisana (I due Foscari), Zaida (Il turco in Italia) and Flora Bervoix (La traviata) on the main stage, Cat (El gato con botas) in the Linbury Studio Theatre in Meet the Young Artists Week, Mirinda (L’Ormindo) at the Sam Wanamaker Playhouse, Shakespeare’s Globe, and Proserpina (Orfeo) at the Roundhouse. Roles since leaving the Programme include Mercédès.

As a recitalist Kelly has performed at venues including the Carnegie Hall, St Petersburg Academy of Arts, Wexford Festival Opera House and the National Concert Hall, Dublin. She has sung with the National Symphony Orchestra of Ireland and recorded with New World Records. 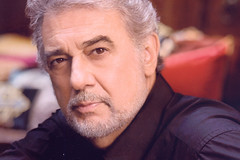 The ROH will host the finals for the first time this year, with the shortlist featuring three Royal Opera Jette Parker Young Artists.

Young Artist Profile: Rachel Kelly - 'You can only really learn through experience’ 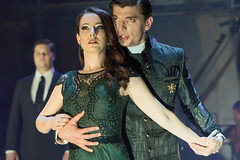 The Irish mezzo-soprano on the challenges and rewards of being a Jette Parker Young Artist, and performing in a very unique production of Orfeo at the Roundhouse.

Watch: How to sing Rossini with Mark Elder 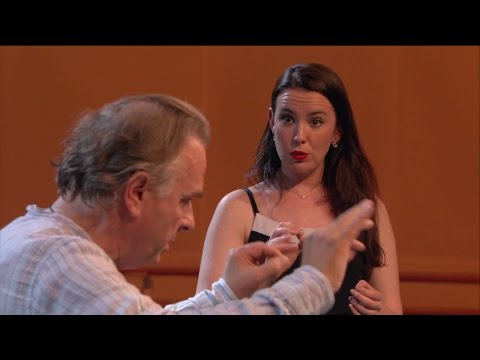 Barry Banks as Don Narciso, Thomas Allen as Prosdocimo, Rachel Kelly as Zaida and Ildebrando D'Arcangelo as Selim in Il turco in Italia, The Royal Opera

Rachel Kelly as the Cat in El gato con botas

Rachel Kelly as the Cat in El Gato con Botas

Anush Hovhannisyan as Frasquita, Kostas Smoriginas as Escamillo and Rachel Kelly as Mercedes in Carmen

David McVicar's spectacular production of Mozart's comic opera will transport you to a fantastical world of dancing animals, flying machines and starry skies.