Conductor Koen Kessels is Music Director of The Royal Ballet. He made his Royal Ballet debut in 2008 conducting The Nutcracker and has since returned every Season, to conduct repertory including The Sleeping Beauty, Giselle and Symphony in C and the world premieres of Raven Girl, Untouchable, Woolf Works, Frankenstein and Multiverse. He was appointed to his current position at the start of the 2015/16 Season.

Kessels is an honorary professor of Birmingham University, Artistic Director of Inspiratum and on the artistic direction team at the Royal Conservatory of Antwerp. As Artistic Director of HERMESensemble he has collaborated with such composers as Abrahamsen, Bartholomée, Benjamin, Brewaeys, Ferrari, Henderickx, Hosokawa, Van Hove, Huber, Maresz, Murail, Pagh-Paan, Van Parys, Saariaho, Talbot and Yared. 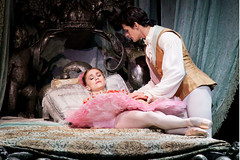 Listen: Koen Kessels on the power of orchestras – ‘New music is one of the ways to bring about evolution in our society’ 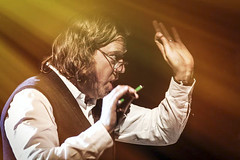 The Music Director of The Royal Ballet shares his tips for young composers and speaks about the opportunities and challenges of commissioning new music for dance.