Hungarian composer, pianist and teacher Franz Liszt (1811–86) was one of the leading music figures of the Romantic movement, and the greatest piano virtuoso of his age.

Liszt was born in Raiding and started learning the piano aged six. He gave his first public performance aged nine and soon became famed as a child prodigy. From 1839 to 1847 (a period known as Liszt’s Glanzzeit, or glory days) the adult Liszt gave more than a thousand concerts across Europe, creating the modern piano recital in terms of repertory, venue and performance style (he was also the first to use the word ‘recital’ in this way). Glanzzeit compositions include the ‘Paganini’ Studies, the ‘Transcendental’ Studies and his many remarkable transcriptions. In 1848 Liszt settled in Weimar, with works from this period including many symphonic poems (a genre he invented), the Faust-Symphonie, the B Minor Piano Sonata and numerous songs. In 1859 he moved to Rome and joined the Roman Catholic church, receiving the tonsure in 1865. Works written in Rome include the oratorios Die Legende von der heiligen Elisabeth and Christus. From 1869 he split his time between Rome, Weimar and Budapest, in Weimar holding his famous masterclasses (another form he invented) and in Budapest becoming the first president of the newly formed National Hungarian Royal Academy of Music in 1875.

Liszt was a musical innovator, not only through his transformative use of the piano but in many other areas, including his increasingly radical use of harmony. He was a fervent supporter of the music of others, using his celebrated recitals to champion works by composers including Bach, Handel, Schubert, Beethoven, Wagner and Berlioz. 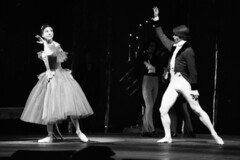 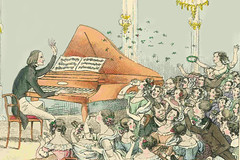 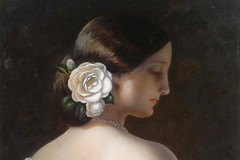