Christopher Carr is Guest Principal Ballet Master of The Royal Ballet. He has rehearsed and staged some forty works in the Company’s repertory, including The Sleeping Beauty, La Fille mal gardée, The Nutcracker, Giselle, Swan Lake, Coppélia, Ondine, Cinderella and numerous one-act ballets. He has taught and staged works for leading companies around the world.

He grew up in Yorkshire in a coalmining family. He trained in Barnsley with Mavis Burrows before entering The Royal Ballet School. In 1967 he graduated into The Royal Ballet Touring Company and in 1970 transferred to the Company, where he was promoted to Soloist in 1975 and then to Senior Soloist. As a dancer with the Company his repertory included many corps de ballet, Soloist and Principal roles.

What happens when a man dances on pointe? 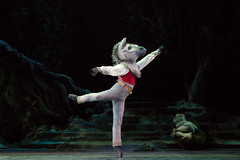 Dancing on the very tips of your toes is traditionally something only female ballet dancers do – but sometimes men get to wear pointe shoes for a change, with unusual results…

Cracking the code: The meaning of mime in ballet 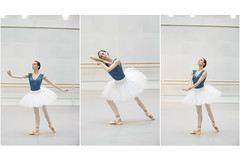 Classic ballets feature plenty of code, but what do these gestures mean, and why do they persist in the 21st century?

Watch: Why The Royal Ballet never tire of performing The Nutcracker 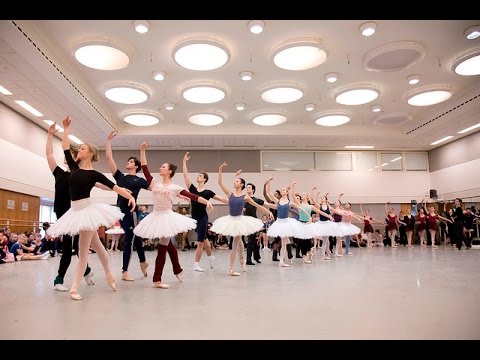 Each and every time it returns, the cast and creative team work tirelessly to ensure that Peter Wright's classic ballet is up to the Company's supremely high standards.

Lauren Cuthbertson as the Young Girl, Guest Principal Ballet Master Christopher Carr and Vadim Muntagirov as the Young Man in rehearsal for The Two Pigeons, The Royal Ballet

Christopher Carr and Benjamin Ella in rehearsal for The Nutcracker, The Royal Ballet