Your Reaction: What did you think of Wagner's Die Walküre live in cinemas?

The Royal Opera's staging of the second part of The Ring Cycle was relayed to cinemas around the world. 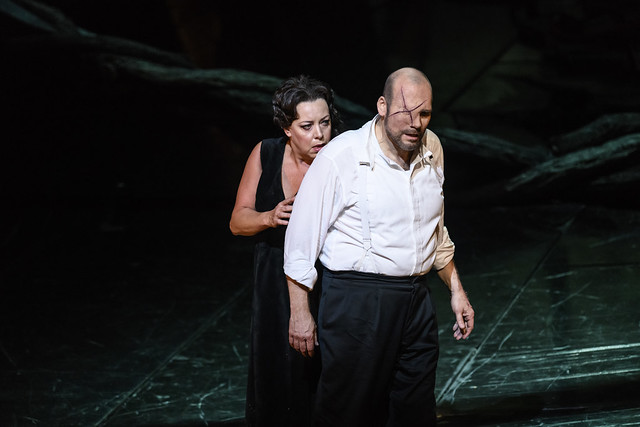 John Lundgren as Wotan and Nina Stemme as Brünnhilde in Die Walküre, The Royal Opera ©2018 ROH. Photograph by Bill Cooper

#ROHRing @cineworld supporting the Aussies! @StuartSkelton singing like a god and an impressive Wotan. Nina Stemme’s not too bad either ????! Great to see it up so close!!

#ROHring Fabulous to see this so close up. As great as when I saw it in opera house during Cycle one. Bravo!

What did you think of Die Walküre live in cinemas around the world?
Let us know via the comments below.

The next relay as part of the 2018/19 Live Cinema Season will be The Royal Ballet's La Bayadère on 13 November 2018. Find your nearest cinema and sign up to our mailing list.

This article has been categorised Opera and tagged by Keith Warner, cinema, Die Walküre, Production, Ring Cycle, your reaction