Your Reaction: What did you think of The Nutcracker live in cinemas? (2016/17)

The audience react to this festive ballet as it returns to cinemas across the world in Sir Peter Wright's 90th birthday year.

Francesca Hayward as Clara in The Nutcracker © ROH / Tristram Kenton 2013

In a world that's often ugly and brutal #ROHnutcracker offers a charming and beautiful escape. Bravo from Caerphilly South Wales

Amazing night at #ROHnutcracker with my ballet squad, cinema relays make ballet so accessible for students! Thank you @TheRoyalBallet 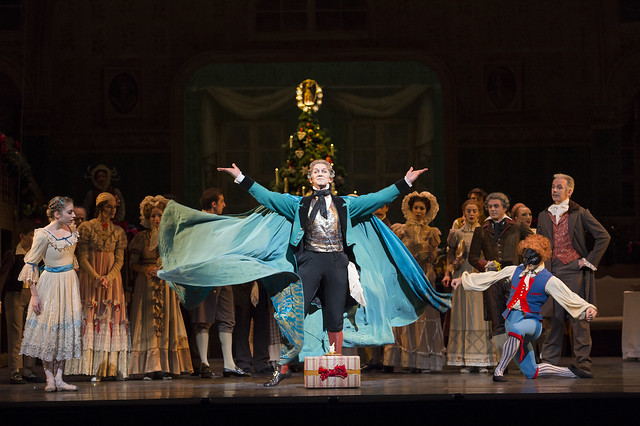 Gary Avis as Drosselmeyer in The Nutcracker © ROH / Bill Cooper 2012

#ROHnutcracker such an amazing second half loved every minute especially Clara and Hans, such amazing chemistry @TheRoyalBallet

@TheRoyalBallet Thanks for allowing us to briefly escape into a magical world. What a beautiful production #ROHnutcracker

The Corps de ballet in The Royal Ballet's Nutcracker © ROH, 2013

And Hayward - first time seeing her in lead role; what a lovely dancer. She has the most brilliant - and varied - smiles! #ROHnutcracker

my heart may just have exploded at #rohnutcracker

What did you think of The Nutcracker live in cinemas?
Let us know via the comments below.

The Nutcracker runs until 12 January 2017. Tickets are still available.

The next Royal Opera House live cinema relay of 2016/17 will be The Royal Opera's Il trovatore on 31 January 2017. Find your nearest cinema and sign up to our mailing list.

The production is supported by Van Cleef & Arpels and is staged with generous philanthropic support from The Royal Opera House Endowment Fund.

This article has 98 comments