From David Bowie and Kelis to Jeff Buckley and Weezer, the world of pop has a passion for opera. 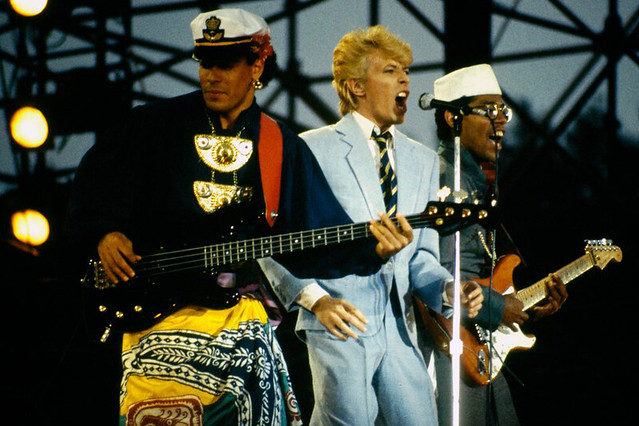 Opera and pop go way back. In much the same way as pop has been inspired by ballet, if you look beyond the stars of classical crossover, and reality TV series like 'Popstar to Opera Star', and there's more of a link than you may think. We've picked out five of our favourites:

For artists pushing the boundaries of pop music convention, 'Alabama Song' from Kurt Weill and Bertolt Brecht's capitalism-satirizing, cabaret-influenced opera Rise and Fall of the City of Mahagonny was a tempting addition to set lists. Favorites of the 1960s counterculture moment, The Doors recorded the first high-profile pop cover in 1966, with keyboardist Ray Manzarek introducing an appropriately-named marxophone (a kind of zither) into the arrangement below Jim Morrison's world-weary croon. Fourteen years later, David Bowie - at the time straddling his Berlin and pop phases - followed in the Lizard King's footsteps, summoning the spirit of Weill and Brecht in song.

An honourable mention for indie rock band Weezer's Butterfly-inspired concept album Pinkerton, but it was former Sex Pistols impresario Malcolm McLaren that most memorably ushered Giacomo Puccini's tragic heroine into the realm of pop. On the straightforwardly-titled 'Madame Butterfly (Un bel dì vedremo)', the producer sampled the opera's iconic aria, fusing it with drum machine-oriented 1980s R&B. Clocking in at six minutes in length, it was perhaps too long for radio play but the track was a hit nevertheless, reaching number 13 in the UK. The track opened the album Fans, which also included adaptations of arias from Carmen, Turandot and Gianni Schicchi.

For a singer with such an impressive vocal range (he could match Luciano Pavarotti note-for-note), it's something of a surprise that Jeff Buckley didn't cover more operatic arias - the singer devoured music of pretty much any genre throughout his tragically-too-short career, covering songs from gospel and chanson, to punk and Middle English hymns (his debut album Grace features a recording of Benjamin Britten's arrangement of 'Corpus Christi Carol'). His sole contribution to opera-infused pop was a live performance of the beautiful and tortured 'Dido's Lament' from Henry Purcell's baroque opera Dido and Aeneas at the Southbank Centre's 1995 Meltdown Festival, mercifully recorded for posterity. A small contribution, but a perfectly-formed one.

An opera aria-turned-jazz standard, 'Summertime' has been recorded (by one conservative estimate) over 33,000 times. George Gershwin's song is sung throughout his 1935 opera Porgy and Bess, but he couldn’t have imagined the success it would achieve away from the lyric stage. The composer spent 20 months fine-tuning his score for the opera to make it sound as close to a folk song as he could, and his perfectionism paid off - in 'Summertime' he created a wonderful, woozy melody that would live on through renditions by artists including Sam Cooke, The Doors, R.E.M, and Massive Attack. Billie Holiday's cover was the first to emerge, entering the charts a year after the opera's premiere. The rest, as they say, is history.

Hip-hop and R&B has previous when it comes to sampling classical music (contains strong language), but the prize for the most seamless inclusion must go to Kelis's use of Mozart's flabbergastingly-difficult aria from Die Zauberflote, ‘Der Hölle Rache’. The looping sample of the Queen of the Night's dizzying top Fs works perfectly with the driving hip-hop beat. It's not perhaps how Mozart saw the legacy of his music play out, but as a masterclass in hip-hop sampling, it's well worth hearing.