What is it about fairytales that continues to fascinate composers and audiences?

The centuries-old form continues to inspire, even into the 21st century through works such as The Firework-Maker’s Daughter. 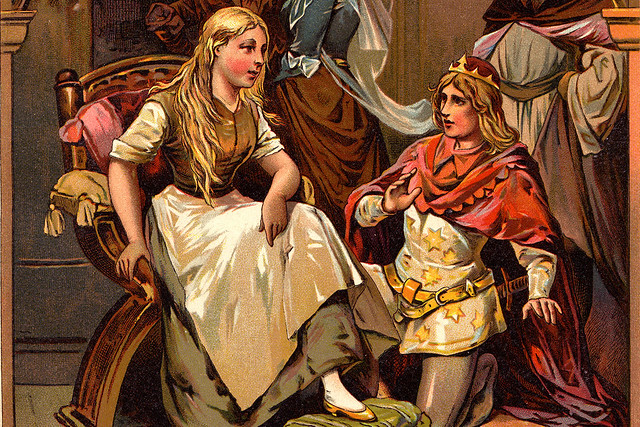 As well as history and mythology, opera composers throughout the art form's history have turned to fairytales for inspiration. Cinderella alone has been a source for dozens of works, including Rossini’s La Cenerentola and Massenet’s Cendrillon.

David Bruce and Glyn Maxwell’s opera The Firework-Maker’s Daughter — currently on stage in the Linbury Studio Theatre — follows this grand tradition. Based on an original story by Philip Pullman, it has many elements that are recognizable from traditional fairytales: a fantastical setting, fearsome spirits, talking animals, and, at its heart, a young girl on a quest to shape her own future.

Fairytales emerged from a tradition of oral story-telling. They began to be collected and written down in 16th-century Italy – most notably in Straparola’s Le piacevoli notti (The Facetious Nights) and Basile’s Pentamerone. These fantastical yet simple stories proved to be hugely popular, and the Italian tradition of fiabe (fairytales) soon spread through Europe – many fairytales we now know from Perrault and the Brothers Grimm have their roots in these earlier collections. Tales even began to be collected further afield – 19th-century Dutch traders encouraged Javan authors to commit their own folktales to writing, providing further fodder for the Indonesian-inflected world of The Firework-Maker’s Daughter.

Traditional fairytales remain popular today, a success reflected in the publication of new editions, such as Pullman’s collection of Grimm Tales. But in addition to these traditional tales, creators are finding new stories and interesting things to say using the old forms. Sometimes the attraction has been the subversion of the familiar – as in Angela Carter’s The Bloody Chamber, or Bill Willingham’s long-running comic book series Fables. However, conventional fairytales still continue to be produced, which use familiar structures and outcomes to engage audiences.

Vladimir Propp, literary critic and folklorist, identified basic ‘functions’ in fairytales: significant character actions that are ‘stable, constant elements’, regardless of who performs them. One example is an interdiction – where a character is forbidden from doing something. Cinderella is told she will not go to the ball; Lila’s father refuses to let her become a firework-maker. These functions structure fairytales and provide building blocks for the narrative. It is unsurprising that Pullman has described writing The Firework-Maker’s Daughter as being in touch with the ‘roots of story’. Storytellers have been using these forms to entertain audiences for centuries – most of us will have grown up listening to and reading fairytales. They connect audiences to early experiences of narrative, while also providing them with new tales.

As children we now mostly encounter fairytales in sanitized form. Older versions often included acts of great brutality, a reflection of the harsh world of medieval Europe. Take the Grimm’s account of Aschenputtel (Cinderella) – the step-sisters chop off bits of their feet to fit into the glass slipper and finally have their eyes pecked out. While there is nothing comparable to this in The Firework-Maker’s Daughter, the threat of violence, even death, is ever-present – in Lila’s meeting with the Fire-Fiend, and in her father’s threatened execution. The danger is mitigated by audiences’ knowledge of fairytales, where – on the whole – the good are rewarded and the wicked punished. What is considered virtuous may have shifted since the 16th-century, but the simple morality of fairytales – which emerge from Propp’s ‘functions’ – gives audiences the satisfaction and security of a happy ending. Excitement in the unfolding events is preserved, no matter the level of threat.

The Firework-Maker’s Daughter is a compelling story based on centuries-old traditions. A young heroine is tested – and faces real peril – but using her talent, perseverance and a bit of luck, she succeeds. Familiar elements underpin the telling of an exciting new story to make a captivating, modern fairytale.

The Firework-Maker’s Daughter runs until 2 January 2016. Tickets are still available.