Cervantes's mad knight may be an extreme example, but we all invent fictions to make sense of our lives. 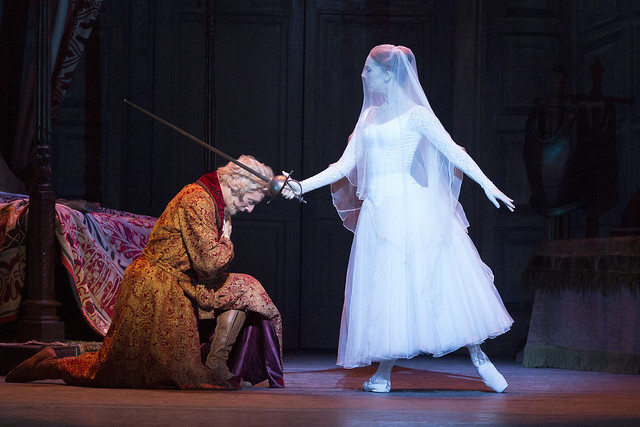 Will Tuckett and Kristen McNally in Don Quixote, The Royal Ballet © ROH/Johan Persson, 2013

Cervantes’s Don Quixote tells the story of Alonso Quixano, a gentleman of about fifty. He has lost his wits, having read too many popular stories about the adventures of chivalric knights and deprived himself of too much sleep in the process. He fills his mind, we are told, with ‘enchantments, quarrels, battles, challenges, wounds, wooings, loves, torments and other impossible nonsense’. The fictions that entertain him become more real to him than real life.

Quixano assumes the role of a knight-errant (a roaming hero and defender of the good) and sets out across the plains of Montiel in La Mancha to find adventure and achieve amazing feats, in the manner of his favourite fictional heroes. He renames himself Don Quixote de La Mancha, because it sounds nobler, and his horse Rocinante – more appropriate for a knight, he thinks.

He dusts off an old suit of armour (a family heirloom) so that he might really look the part. With spurious promises he convinces a neighbouring labourer, Sancho Panza, to abandon wife and children and serve as his squire. And to remain true to the nature of a knight-errant, he attaches to his cause a fair maiden, the peerless Dulcinea del Toboso, in whose honour he might accomplish all prospective deeds of valour.

The narrative he constructs for himself is a fantasy. The reality is quite different: his trusty steed is old and emaciated. The antique armour is in poor condition; to replace the helmet’s missing visor he fashions one out of pasteboard and binds it to his head with ribbons. 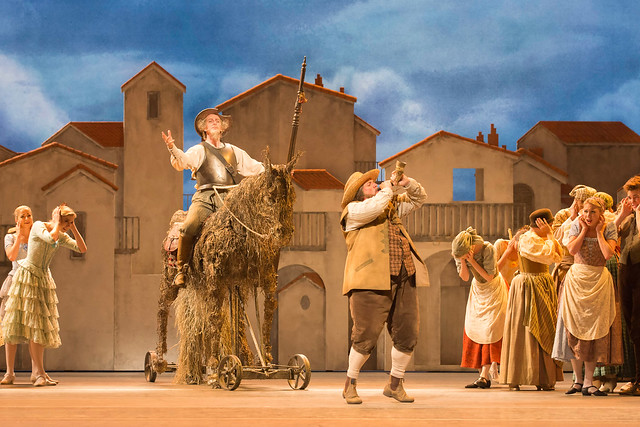 Having reinvented almost everything about himself, he sets out on his quest and encounters a multitude of ordinary people. Don Quixote interprets situations so creatively that they make sense within his fictions. It is unsurprising that he gets into violent fights with people (and inanimate objects), thinking they are enemies to his cause or perpetrators of some evil that must be vanquished. He imagines windmills as monstrous giants, innocent Benedictine friars as malicious magicians and flocks of docile sheep as hostile armies.

Don Quixote does not act in such a peculiar way simply because fantasy and invention are more interesting than ordinary life. Cervantes shows us something more. Don Quixote’s stories are necessary to his very being and, what’s more, he seems to know it. He is determined to be the kind of person he wishes he were. He sees himself as acting precisely as a knight-errant would act, indeed must act if he is to be called a knight-errant. The fiction provides him with a structure by which to live.

By overstating the ordinary, entertainment offers us fantasies of greatness in place of the recognition of our own comparative insignificance. In the ballet, Don Quixote’s private need to act and live as an example of heroism is writ large in enormous and colourful stage sets with turning windmills and an ingenious puppet horse. The quite ordinary love between Kitri and Basilio is presented in flamboyant, passionate pas de deux. 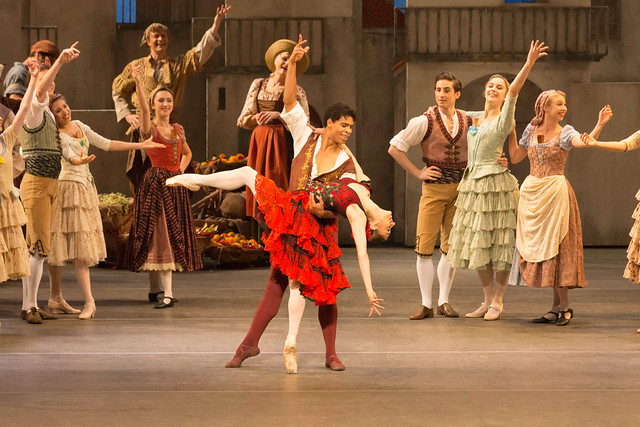 Like Don Quixote, we are entertained by the impossible nonsense presented to us in fiction or dreamt in our own fantasies. And like him we sometimes yearn to live and learn from some of that nonsense, or use it to confirm our own desires and ambitions. We imagine what it might be like to emulate the lives of fictional characters and famous personalities, and for entertainment we steep ourselves in stories of their ‘noble’ deeds. We embrace stories and theatrical displays – and like Don Quixote’s ‘madness’, we absorb them into the narratives of our everyday lives, making ourselves seem larger than life. From art, from our dreams, we shape those stories we tell ourselves in order to live.

This is an extract from Will Richmond’s article ‘Real Life? Impossible Nonsense’ in The Royal Ballet’s programme book, available during performances and from the ROH Shop.

Don Quixote runs 25 November 2014–22 January 2015. Tickets are still available.
The production is generously supported by the Friends of Covent Garden.