Watch: Why Verdi's opera Rigoletto is like Star Wars

Conductor Alexander Joel reveals the musical secrets of one of the repertory's best known works. 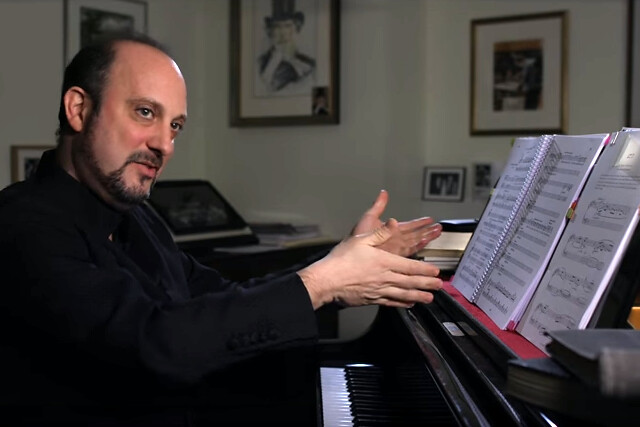 'What's so interesting about Rigoletto is that it's the first time that Verdi uses instruments that he associates with the personalities in the opera', says conductor Alexander Joel of one of the repertory's best known works. 'It's a bit like watching Star Wars: you have certain motifs you associate with the bad guys and then this motif you associate with the Jedi.'

Joel's recent performance of Rigoletto was relayed live to cinemas around the world, and in this film – originally screened during the interval – he explores the musical secrets of Verdi's score.

'I remember when I first saw the opera when I was a teenager. I'll never forget this scene when Rigoletto comes in and his daughter has been abducted. You have this incredible sadness in [his] motif which sounds like something happy but it's in a minor key so it's very tragic... It always gets me every time. That's the genius of Verdi: he's very clear in his language. People get it right away and it affects you physically'.

The next production to be broadcast as part of the ROH Live Cinema Season 2017/18 is The Royal Opera's Tosca, which will be shown on 7 February 2018. Find your nearest cinema and sign up to our mailing list.