Watch: Members of The Royal Ballet on Swan Lake

Rehearsal footage and exclusive interviews from the cast and creative team of The Royal Ballet's Swan Lake. 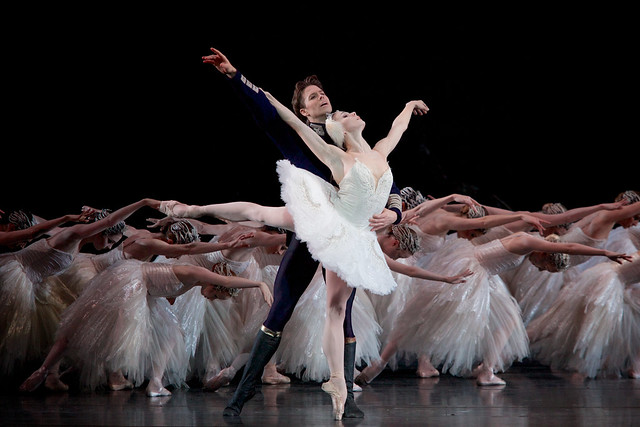 The Principals and corps de ballet on Swan Lake

Swan Lake is perhaps most iconic of all ballets. A romantic fairytale set to Tchaikovsky’s masterful score, it features some of ballet’s most famous set pieces, and is demanding for the corps de ballet and Principal dancers alike: ‘In Swan Lake the corps de ballet are so essential’, says Royal Ballet Director Kevin O'Hare. ‘If they’re not living and breathing with the music as the Principals are, it just doesn’t work.’

Anthony Dowell’s production of Swan Lake had its world premiere in 1987, one year into his fifteen-year tenure as Director of the Royal Ballet. 28 years later, the production is a much-loved Royal Ballet classic. Returning this year to oversee the production's return, Dowell remains a perfectionist: ‘As a dancer, you're in control if things go wrong; as a producer, you can’t stop things. It’s live theatre, and that’s what’s exciting!’

Presenter Darcey Bussell, who danced as a Principal with The Royal Ballet for nearly 20 years, first danced Swan Lake in 1990. The lead role of Odette/Odile, which was initially created on two ballerinas, demands first-class technique as well as dramatic interpretation: ‘It was my first three-act classic as a Principal, and I had two days coached by Margot Fonteyn’, she says. ‘I thought she was going to drill me on technique, but she emphasised that every step is telling the story: “Don’t try and be the Swan, you are always the woman first”.’

Coaching the dancers of The Royal Ballet

A huge amount of preparation goes into performing a work like Swan Lake, and The Royal Ballet has an extensive team of répétiteurs, coaches, ballet masters and mistresses and notators that work with the dancers and make sure no detail is overlooked. ‘With Christopher Carr, you will never go on stage not knowing what you are doing’, says First Artist Gemma Pitchley-Gale. ‘He drills the dance so that you know it and feel really confident, allowing you to excel as a dancer without having any panics.’

Matthew Golding rehearsed the role of Prince Siegfried with former Royal Ballet Principal Jonathan Cope. ‘Having the chance to work with Jonathan Cope in the studio is really special’, he says. ‘When I was studying at the Royal Ballet School I was a page boy on stage watching him performing! Now we’re in the studio, what he focuses on is connecting with my character and trying to tell a story.’