Watch: Members of the cast and creative teams on Guillaume Tell

Backstage films from the live relay of Guillaume Tell, including rehearsal footage and exclusive interviews. 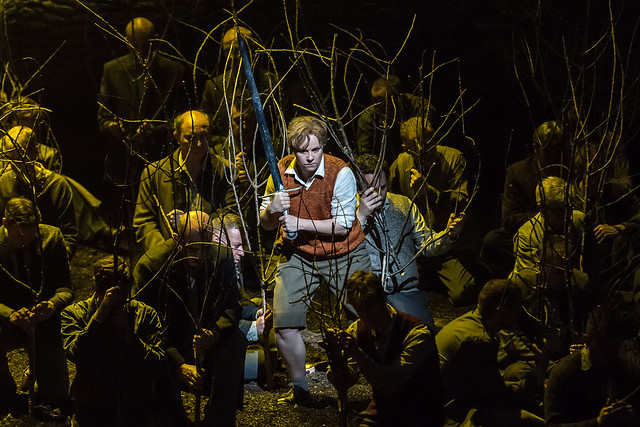 Damiano Michieletto's new production of Guillaume Tell was screened live in cinemas across the world on 5 July 2015.

The relay featured a series of backstage films, including rehearsal footage and interviews with members of the cast and creative team. If you missed the screening on the night, or just want to find out more about the production, you can watch the films here:

An Introduction to Guillaume Tell

Guillaume Tell depicts the Swiss battle for liberation from repressive Austrian occupation. ‘Rossini had a very clear idea of the beginning and end of the piece, and the journey of the people of Switzerland overcoming this oppression,’ explains Antonio Pappano. ‘The finale is of another world. It is music of an idea – of liberty, freedom, brotherhood, closeness, humanity – and it’s gigantic in how it develops from just a stirring, to a vision of how the world can be’.

Singing the role of Arnold

Guillaume Tell features some of Rossini’s most inspired music, music that is harmonically daring and fiercely difficult for the singers. American tenor John Osborn performs the role of Arnold.

‘John Osborn embodies many things’, says Antonio. ‘The voice is a sweet light voice and yet it has a heroic quality, so he’s able to go from the most subtle bel canto singing, to the full-on, sparky, meaty type of singing that gets our blood boiling.’

Hear more from Antonio about the role, and from John Osborn about how he prepares to perform it:

The Role of the Chorus

‘We feel this really is a chorus opera’, says Katy Batho of The Royal Opera Chorus. ‘It’s crucial that the chorus are there because if there’s no people there’s no hero needed, and that’s one of our responsibilities in this production – to give Guillaume Tell something to fight for.’

Guillaume Tell is one of the first examples of French grand opera, a style characterized by large choruses.

‘The scale of the chorus and our involvement drives the rhythm, takes the opera forward and sets the scene’, says Simon Biazeck of the Extra Chorus. ‘That’s what French grand opera is about, and it's fascinating to hear Rossini do it.’

Hear more from Antonio Pappano and members of the Chorus about their role in Guillaume Tell:

For more films, articles about and photos of the production, download our Guillaume Tell Digital Programme.

The 2015/16 Live Cinema Season opens on 22 September with The Royal Ballet's Romeo and Juliet.

The production is staged with generous philanthropic support from Hélène and Jean Peters and David Hancock.