Watch: Members of the cast and creative team on Alice's Adventures in Wonderland

Backstage films from the live relay of Alice's Adventures in Wonderland, including a closer look at the character of the Queen of Hearts 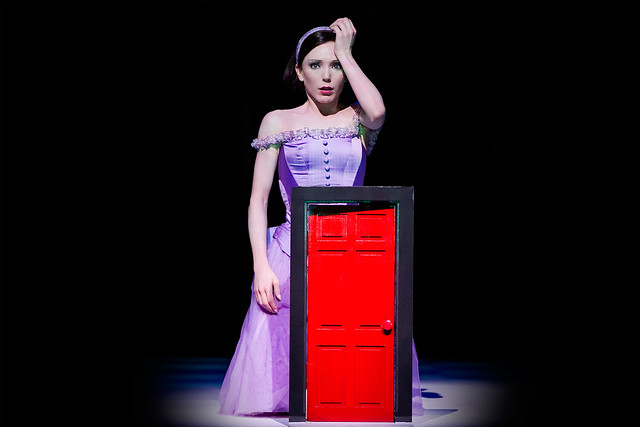 Christopher Wheeldon's Royal Ballet production of Alice's Adventures in Wonderland was relayed live to cinemas around the world on 16 December 2014.

'When Chris said "I'm going to make a ballet out of this", I thought "You're insane, how could you make a ballet of this?!",' says designer Bob Crowley. 'It's a very complicated thing because it involves all sorts of illusions.'

'Sometimes creating a new ballet can be very difficult - a struggle even - but Alice really wasn't,' says Christopher Wheeldon of the ballet which had its premiere in 2011. 'We had a very good time putting it together'

Becoming the Queen of Hearts

'The Queen of Hearts is a combination of a lot of people - friends and people that I admire. It's an outrageous character that can go anywhere,' says Royal Ballet Principal Zenaida Yanowsky, who created the character in 2011.

'We decided that she'd be like a maniacal toy,' says Christopher Wheeldon.

Watch the cast and creative team discuss one of modern ballet's most memorable characters:

The Royal Opera House Cinema Season broadcasts performances to more than 1,300 cinemas in 30 countries around the world. Check the website to see if there's an encore of Alice's Adventures in Wonderland near you.

The next live relay of 2014/15 will be The Royal Opera's Andrea Chénier on 29 January 2015. Find your nearest cinema and sign up to our cinema mailing list.