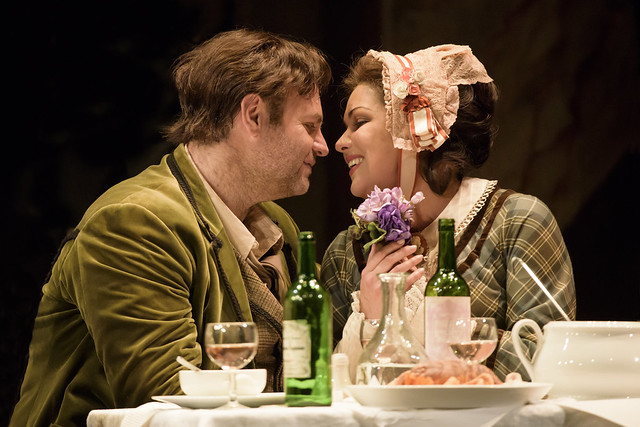 John Copley's much-loved Royal Opera production of La bohème, starring Anna Netrebko as Mimì and Joseph Calleja as Rodolfo, was relayed live to cinemas around the world and BP Big Screens in the UK on 10 June 2015.

John Copley's production, now 41 years old and due to retire after the 2014/15 Season, was the first production to be shown on a Big Screen - Plácido Domingo's performance was live streamed to outdoor screens in 1987.

The relays, presented in cinemas by Kirsty Wark and on BP Big Screens by Dominic Peckham, featured a series of backstage films, including rehearsal footage and interviews with members of the cast and creative team.

The Royal Opera House Cinema Season broadcasts performances to more than 1,600 cinemas in 60 countries around the world. Check the website to see if there's an encore of La bohème near you.

The next live relay of 2014/15 will be The Royal Opera's Guillaume Tell on 5 May 2015. Find your nearest cinema and sign up to our Cinema mailing list.

The BP Big Screens Season spans from June to September. The next live relay will be The Royal Opera's Don Giovanni on 3 July, followed by The Royal Ballet's Romeo and Juliet on 22 September. Find a venue near you.