Watch: Kasper Holten – ‘The brilliance of Król Roger is that it is at once deeply personal and incredibly universal’ 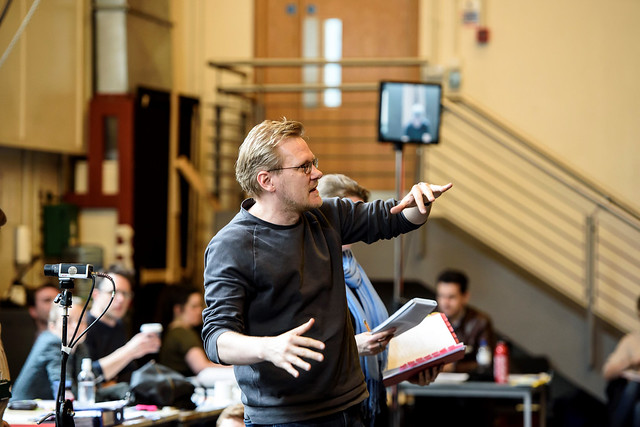 ‘Król Roger has all of the epic expression of work like Wagner’s Parsifal and Strauss’s Die Frau ohne Schatten, but it’s really short – and isn’t that perfect!’, he said.

The opera follows the story of the devout King Roger, a man weighed down by responsibilities and duty. The arrival of a Shepherd preaching a hedonistic creed threatens to cause chaos for both Roger and his Kingdom. Find out more in our Opera Essentials article.

‘The brilliance of the opera is that it is at once deeply personal and incredibly universal’, said Kasper. ‘Szymanowski had something personal to say about things that were troubling him in society – for example, his family estate was burnt to the ground by an angry mob during the bloody aftermath of the Russian revolution, and he was a homosexual living in a deeply catholic society. It’s not autobiographical, but is about any of us who have repressed desires and struggle to find the balance.’

Find out more about themes of chaos and control in Król Roger.

The title role is played by Mariusz Kwiecień, who performed the lead in Kasper’s production of Don Giovanni last Season.

‘Mariusz is wonderful to work with, and it’s a pleasure to have him in the lead role. He’s a fantastic actor, has a lush baritone voice, and he’s Polish so has a deep understanding of the language.’

Kasper’s new production of Król Roger opened on 1 May; it is the first time the work has been seen at Covent Garden. Read audience reactions to the opening night. The production comes shortly after John Fulljames’s staging of another Royal Opera first –  Bertolt Brecht and Kurt Weill’s 20th-century satire Rise and Fall of the City of Mahagonny.

‘The early 20th century was an incredible period in operatic history with so much experimentation. Artists turned to the medium of opera to express something unique, and questions of spirit and identity were investigated in such a courageous way’, says Kasper. ‘It is wonderful that we keep doing works like La traviata and La bohème, but the early 20th century is such a treasure trove of ambition, and there are lots of pieces to explore from that period. I am sure we will see more and more of it in opera houses. Next Season for example, we have George Enescu’s Oedipe.’

Król Roger runs until 19 May 2015. Tickets are still available.

The production is generously supported by The Monument Trust, The Danish Research Foundation, the Adam Mickiewicz Institute as part of the Polska Music Programme, The Taylor Family Foundation, Hamish and Sophie Forsyth, David Hancock, Michael Hartnall, Susan and John Singer and the Connoisseurs’ Series.