Watch: How do you play one of opera's greatest villains?

Canadian bass-baritone Gerald Finley reveals how he gets into character, playing Scarpia in Puccini's Tosca. 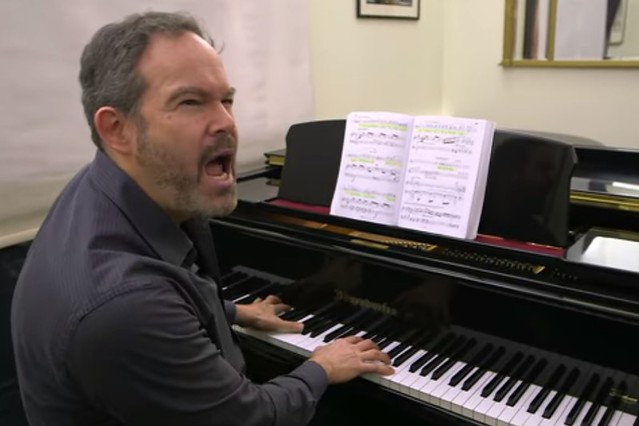 Appearing charming, yet ultimately being manipulative: performing the character of Baron Scarpia is something of a workout for a singer's emotions.

Baritone Gerald Finley shared his preparation for the role as he geared up to perform in the cinema relay of Puccini's Tosca.

'In here is a role which every baritone dreams of doing', he said. 'I can listen to these three opening chords and get an image of what I might be as Scarpia'.

The role makes full use of his acting talents, requiring a level of authority, control, and an impressive stage presence; and the music, with many phrases on just one pitch, offers very few places to hide.

'It's a very strong indication by Puccini that there's lots to be got out of the text, rather than the music', Finley explains.

'I'm going to take every moment that I can, musically, out of this score, with the coaches, with the directors of music, and I'm going to make it my Scarpia.'

Tosca runs until 3 March. Tickets are now sold out, although returns may become available.