Known for his creation of some of ballet's most brooding characters, the Principal dancer shares the emotional challenges of playing dark roles. 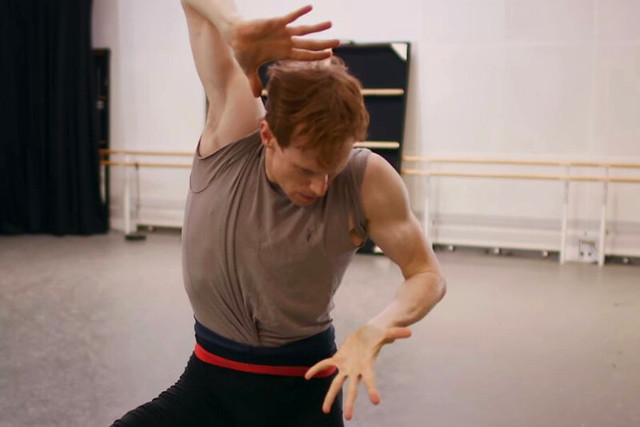 Since joining The Royal Ballet in 1994, Principal dancer Edward Watson has become well-known for his portrayal of some of the art form's darkest characters. From the emotionally unstable Crown Prince Rudolf in Mayerling, the possessive Leontes in The Winter's Tale, or the shell-shocked Septimus in Woolf Works, Watson enjoys the challenge of drawing out the characters' hidden depths.

'They're some of the best roles in ballet,' he said.

'You get to express more emotionally and physically, and there's always something else to discover, whether I've gone too dark with it or not dark enough. It constantly keeps your brain thinking "What would I do differently? How would I do that better? Is there a better way I could put that across?"'

Working closely with the Company choreographers, Watson has created a number of roles for The Royal Ballet, including Leontes in The Winter's Tale, which he was due to perform again in the current Season before he was unfortunately forced to withdraw due to injury. It's a role which takes its toll on the dancers inhabiting it, testing their emotional depths to the limit during a challenging solo showing the character's descent into madness in Act I.

'At the end of the night when you've done a big role where there's a lot expected of you physically and emotionally, it does take you a while to get rid of the show,' he said.

Edward Watson's performance of The Winter's Tale 2014 is available to buy on DVD.

This article has been categorised Ballet and tagged Ballet, Edward Watson, The Royal Ballet