As the curtain comes down on his new Carmen, we’d like to hear your memories of Carlos Acosta’s 17 years with The Royal Ballet. 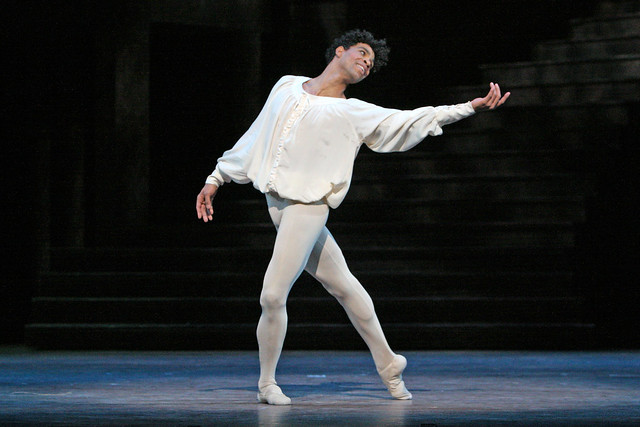 As the curtain comes down on Carlos Acosta’s Carmen, we’ve picked out some of our favourite clips from the Royal Opera House YouTube channel featuring the choreographer and Principal Guest Artist.

Born and raised in Havana, Carlos joined The Royal Ballet in 1998 and was promoted to his current role in 2003. During his 17 years with the Company, he has danced many roles in the classical repertoire, from La Fille mal gardée, to Giselle and Manon.

Carlos has choreographed and performed his own work on the Covent Garden stage including Don Quixote – his first full-length work for The Royal Ballet – and Latin-flavoured Cubanía.

After his final performance in Carmen, Carlos will perform in Will Tuckett’s Elizabeth in the Royal Opera House's Linbury Studio Theatre. His future plans include founding his own company in Cuba.

What have been your most treasured memories of seeing Carlos Acosta performing with The Royal Ballet? Share your thoughts by commenting below.

A new book celebrating the dancer’s career, Carlos Acosta at The Royal Ballet, has just been released and is available from the Royal Opera House shop.