Writer Bonnie Greer chairs a discussion of Wayne’s new ballet, which is inspired by the writings of Virginia Woolf. 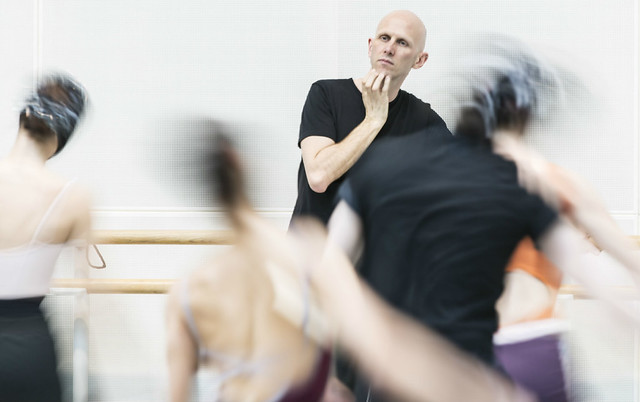 The trust between the dancers and choreographer, the role of the dramaturg and how you can use movement to convey the language of Virginia Woolf were just some of the topics discussed at a recent Woolf Works In Conversation event, in which writer Bonnie Greer hosted a discussion with choreographer Wayne McGregor, dramaturg Uzma Hameed and Royal Ballet dancers Alessandra Ferri and Federico Bonelli.

Woolf Works, the first full-length piece Wayne has created on The Royal Ballet, draws on three of Virginia Woolf's best-loved novels – Mrs Dalloway, Orlando and The Waves – as well as extracts of her autobiographical writings, to capture her unique way of representing the world.

‘The reason we wanted to do this is because we have a real love of Woolf. Not only the novels and her writings – which have an amazing beauty and poetry – but her process of writing, which is analagous to the process of choreography’, says Wayne. ‘The idea of Woolf's stream of consciousness is something that you get in a studio with dancers – when one idea just pours out of you into the next, there is a sense of unfolding while you are making.’

Set to a newly commissioned score by Max Richter, the ballet brings together a unique creative team, including architectural studios Ciguë and We Not I, designers Lucy Carter (lighting), Ravi Deepres (film), Chris Ekers (sound) and Moritz Junge (costume), and make-up artist Kabuki, and involves a wide range of Principals and corps de ballet dancers. Watch films we captured of Wayne rehearsing with Edward Watson, and with Alessandra Ferri and Federico Bonelli.

Former Royal Ballet Principal Alessandra Ferri, who has returned to the Company as a Guest Artist for the production, embodies both Virginia Woolf and her creation Clarissa Dalloway in the ballet.

Find out more about Woolf Works in our Ballet Essentials article.

We recently held an #ROHWoolf Instameet, for which we invited top Instagrammers to photograph preparations for the ballet. View a selection of behind-the-scenes images.