The West End’s newest and most intimate theatre opens today with its first live performance. 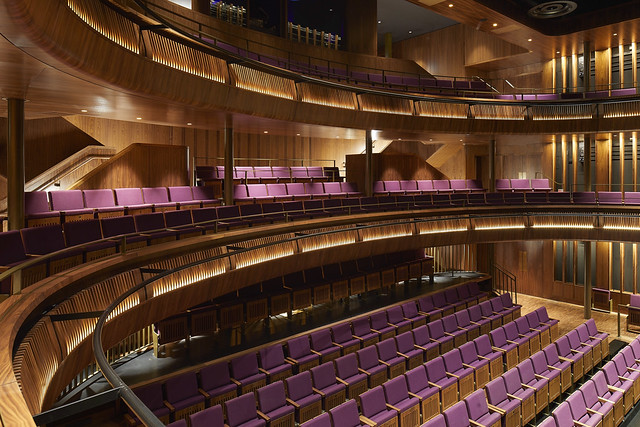 The Royal Opera House’s Linbury Theatre, the West End’s newest and most intimate theatre, opens today with its first live performance. Extensively redesigned and refurbished as part of our Open Up project, London’s latest state-of-the-art theatre will open with TRIOConcertDance, a mixed programme of contemporary choreography. Performed by Alessandra Ferri, Herman Cornejo and Bruce Levingston, TRIOConcertDance features a series of UK premieres, and showcases the Linbury Theatre as The Royal Ballet’s new innovative and international stage for dance.

In February, The Royal Opera presents the world premiere of The Monstrous Child in the Linbury Theatre, a new opera by British composer Gavin Higgins and best-selling author Francesca Simon. Inspired by Norse mythology, and incorporating innovative puppetry and design inspired by the Nordic landscape, this theatrical spectacle is sung in English and stars British-Spanish mezzo-soprano Marta Fontanals-Simmons. Celebrating the Linbury Theatre as The Royal Opera’s intimate stage for contemporary storytelling, this opening production presents a new story for audiences in a fresh and imaginative way.

Also in February, The Royal Ballet performs for the first time in the Linbury Theatre, presenting New Work New Music, a mixed programme of world premieres set to contemporary music never used before for dance. With work from internationally renowned choreographers including Aletta Collins, Goyo Montero and Juliano Nunez performed by Royal Ballet dancers including Marianela Nuñez, Lauren Cuthbertson and Marcelino Sambé, this mixed bill offers audiences a unique opportunity to experience a series of world premieres in a new and intimate context, devised by international, world-class artists and presented as part of The Royal Ballet’s ongoing commitment to creating dance of the future.

Other programme highlights presented during the Linbury Theatre’s opening season include Handel's Berenice, a collaboration between The Royal Opera and London Handel Festival, and The Diary of One Who Disappeared, Muziektheater Transparant’s unique staging of Janáček’s song cycle, directed by Ivo Van Hove. These productions further establish the Linbury Theatre as a flagship, international stage for chamber scale opera and a platform for in demand artists from around the world.

Visiting dance companies presenting work in the Linbury Theatre during 2019 include Ballet Black, Introdans and Cas Public, and in June the inaugural Young Talent Festival encompasses work from Rambert 2 and The Royal Ballet School, emphasizing the importance of talent development through flagship, cross-company collaboration on this new West End stage.

Upcoming performances at the Linbury Theatre:

This article has been categorised Off stage, Theatre and tagged Linbury Theatre, Open Up