The Royal Ballet has announced Sambé's promotion for the 2019/20 Season. 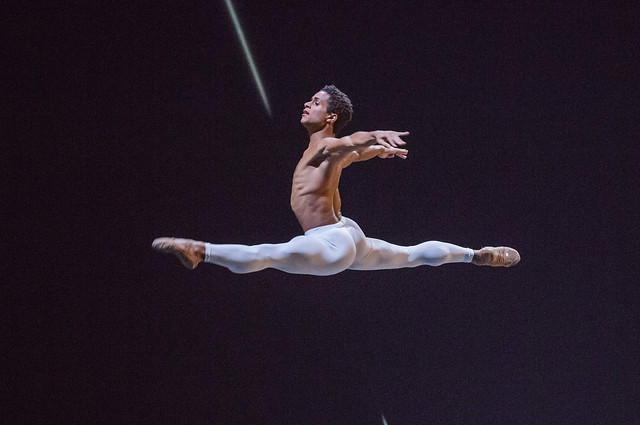 Director of The Royal Ballet Kevin O’Hare has announced that Marcelino Sambé has been promoted to Principal dancer, the highest rank in the Company.

O’Hare comments: “I’m thrilled to announce that Marcelino Sambé will become a Principal dancer from the start of the 2019/20 season. He has had a fantastic year with some notable debuts, including a dazzling Basilio in Carlos Acosta’s Don Quixote, and a heartfelt Romeo in Kenneth MacMillan’s Romeo and Juliet. The impressive range of his artistry has also been displayed in his performances this Season in Crystal Pite’s Flight Pattern, Frederick Ashton’s Les Patineurs and Wayne McGregor’s Infra. He has the most wonderful personality that endears him to audiences and fellow Company members alike. I know everyone will be delighted with the news of his promotion. He has accomplished so much since joining the Company from The Royal Ballet School, and I’m very excited to see him progress to the next phase of his career.”

Born in Lisbon, Marcelino Sambé joined The Royal Ballet in 2012 from The Royal Ballet Upper School. He was promoted to First Artist in 2014, Soloist in 2015 and First Soloist in 2017. He began his training at the National Conservatory of Lisbon. His repertory with the Company includes Romeo (Romeo and Juliet), Basilio (Don Quixote), Colas (La Fille mal gardée), Oberon (The Dream), Hans-Peter/Nutcracker (The Nutcracker), Mercutio (Romeo and Juliet), Lescaut (Manon) and Benno (Swan Lake). He has created roles in Crystal Pite’s Flight Pattern, Obsidian Tear, Multiverse and Woolf Works by Wayne McGregor, and Hofesh Shechter’s Untouchable. Sambé’s dance awards include a silver medal at the Moscow International Ballet Competition in 2008, first prize at the Youth American Grand Prix in 2009, a gold medal and special award at the USA International Ballet Competition in 2010 and the Dance Europe Award for Outstanding Male Performance (Classical) at the Critics’ Circle National Dance Awards 2017.

Details of additional promotions, leavers and joiners will be announced at the end of the Season.

This article has been categorised Ballet and tagged Marcelino Sambé, promotion