The Company will perform Don Quixote in Tokyo and Yokohama, and Mayerling and a new collaboration between Thomas Adès and Wayne McGregor in Los Angeles. 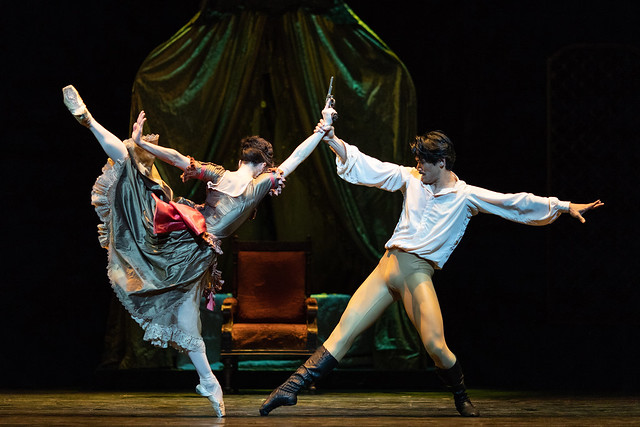 This summer The Royal Ballet will tour to Japan and Los Angeles for the annual international tour.

The Royal Ballet will perform in The Bunka Kaikan, Tokyo between 21–26 June, presenting Carlos Acosta’s vibrant production of Don Quixote. The Company will also perform a special gala of signature works from the repertory at the Kanagawa Kenwin Hall, Yokohama on 29 and 30 June.  After an absence of 24 years the Company makes a welcome return to L.A from 5–12 July with Kenneth MacMillan’s dramatic masterpiece Mayerling and a special collaboration between conductor, composer Thomas Adès and Royal Ballet Resident Choreographer Wayne McGregor with Adès and McGregor: A Dance Collaboration.

Adès and McGregor: A Dance Collaboration includes two world premieres by Wayne McGregor, his latest work for The Royal Ballet, The Dante Project Part 1 (Inferno) and a new yet-to-be-named work for Company Wayne McGregor. Inferno is set to Adès’ new score of the same name which premiered at The Music Center’s Walt Disney Concert Hall in May, in a performance by the Los Angeles Philharmonic conducted by Gustavo Dudamel. The music was commissioned by the LA Phil and The Royal Ballet. The Dante Project Part 1 (Inferno) is an epic journey through the afterlife, inspired by Dante’s The Divine Comedy. The new work features set and costumes by celebrated artist, Tacita Dean, renowned for her pioneering and poetic work across film and multiple mediums. The creative team for this work includes lighting design by Lucy Carter and Simon Bennison and dramaturgy by Uzma Hameed. Inferno is the first act of this new ballet; The Royal Ballet will present the full three-act ballet as a complete work at the Royal Opera House in London in May 2020.

Co-commissioned by The Music Center and LA Phil, McGregor’s second new work for this program will be danced by Company Wayne McGregor and choreographed to Adès’ In Seven Days, a seven-movement piece for piano and orchestra from 2008. Fascinated in how Artificial Intelligence might foster conversations about dance and the potential of choreographing through technology, McGregor is collaborating with the Google Arts & Culture Lab in Paris to develop 'Living Archive'. The 'Living Archive' AI choreographic tool has been trained using hundreds of hours of video dance footage from McGregor’s previous work. It then uses machine learning to generate entirely new movements and choreography in his style, creating a new 'living' dialogue with his extensive archive. This piece will feature video installations designed by Ben Cullen Williams, who collaborated on the award-winning set and projection design for Company Wayne McGregor’s Autobiography.

The Royal Ballet and Company Wayne McGregor will perform together in the West Coast premiere of McGregor’s Outlier, which was choreographed to Adès’ 2005 violin concerto, Concentric Paths. Outlier features Bauhaus-inspired design by McGregor and Lucy Carter (lighting design), and costumes by Moritz Junge. McGregor created Outlier, informed by the minimalist notions of simplicity and colour theory, for New York City Ballet’s Architecture of Dance Festival in 2010.

As part of the tour The Royal Ballet will engage with local dance schools and community groups. The Royal Ballet in partnership with Bunka Kaikan will host a series of Don Quixote themed workshops with a local deaf school in Tokyo and a school for people with disabilities in Kyoto.

In Los Angeles The Royal Ballet will work with students from Colburn School in an intensive two-day creative ballet project and deliver a masterclass in partnership with The Music Center for local dance schools, all themed around Mayerling.  Royal Ballet artists will work with Los Angeles-based Straight Up Abilities, which provides dance opportunities to children and adults with intellectual or physical disabilities. Participants will engage in a week-long residency with The Royal Ballet exploring the themes from Wayne McGregor’s new ballet, Inferno, culminating in a public performance at The Music Center.

Find out more about The Royal Ballet's performances of Mayerling and Adès and McGregor: A Dance Collaboration in Los Angeles, USA including casting