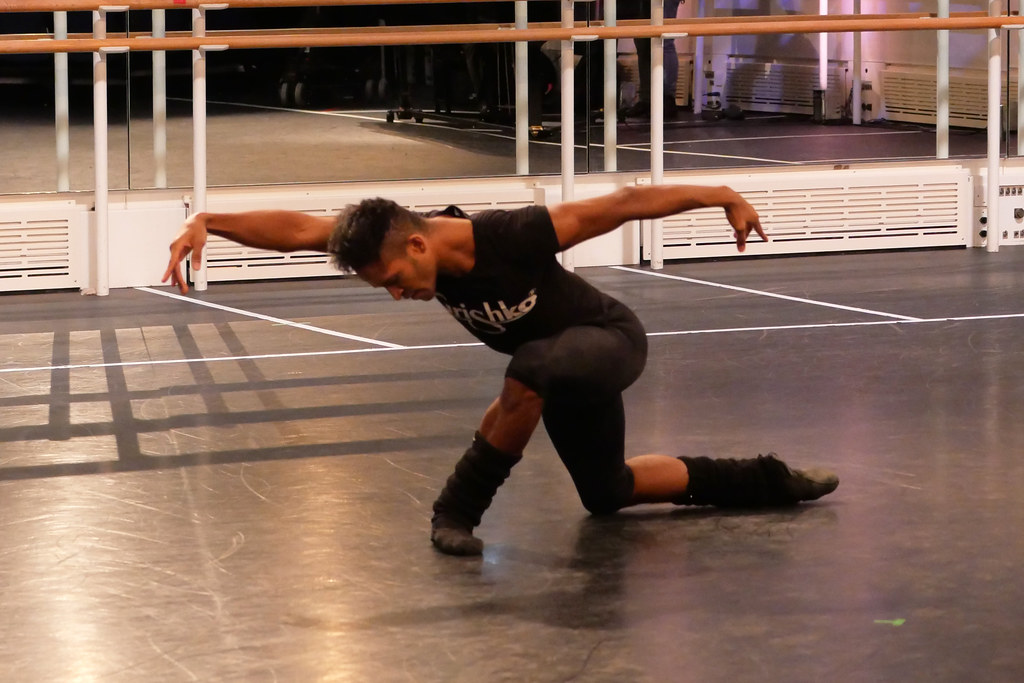 Six dancers will leave the company during the 2020/21 Season.

With the option to take up voluntary redundancy as part of the Royal Opera House response to the coronavirus pandemic, the following dancers have decided to leave The Royal Ballet during the 2020/21 Season:

Soloist Elizabeth Harrod studied at The Royal Ballet School. After three years with the Norwegian National Ballet, she joined The Royal Ballet in 2007 as an Artist. She was promoted to First Artist in 2008 and to Soloist in 2013. Harrod impressed with all the qualities of the quintessential English dancer across the Company’s extensive repertory, including as Clara in The Nutcracker, the Spring Fairy in Cinderella, Moyna in Giselle and Princess Stephanie in Mayerling. In addition to her performances on the Royal Opera House stage, a memorable highlight during her career was a presentation of the pas de deux from Ashton’s The Two Pigeons performed with her husband, Steven McRae, at The Royal Ballet’s gala performance at Hull City of Culture 2017.

First Artist Nathalie Harrison joined the Company in 2003 and was promoted to First Artist in 2009. While a student at The Royal Ballet School, she won silver medal at the Royal Academy of Dance Genée International Ballet Competition. Harrison performed in multiple roles across the repertory, including in principal pas de deux in Agon and DGV: Danse à grande Vitesse. She gave memorably striking accounts of such character roles as Lady Capulet and Empress Elisabeth. Harrison was Assistant Ballet Mistress during the 2005/2006 Season and has generated a variety of projects with the Royal Opera House Learning and Participation and Development departments. She leaves at the end of the Company’s season of Nutcracker performances to develop dance film projects and arts fundraising opportunities.

First Artist Demelza Parish joined The Royal Ballet in 2005 after training at The Royal Ballet School. She was promoted to First Artist in 2016. Parish immersed herself in the Company’s broad repertory, helping to illuminate the stories The Royal Ballet tells on stage, from 19th century classics to heritage Ashton and MacMillan works, to being part of the historic creation processes of Christopher Wheeldon’s Alice’s Adventures in Wonderland and The Winter’s Tale. Parish featured in a showcase of Hull-born talent at The Royal Ballet’s gala presentation at Hull City of Culture 2017.

First Artist Gemma Pitchley-Gale graduated into the Company from The Royal Ballet School in 2005. She was promoted to First Artist in 2014. Pitchley-Gale performed extensively across the Company’s repertory, in ballets fromThe Sleeping Beauty (Red Riding Hood) to Wayne McGregor’s Woolf Works, her vivacious performance presence and exemplary work ethic a great example to her peers. Her attention to detail was put to good use as Ballet Mistress for London Children’s Ballet. She has plans to open her own fitness studio.

Artist Grace Blundell joined The Royal Ballet in 2014, having studied previously at Elmhurst School for Dance and The Royal Ballet School. She graduated into the Aud Jebsen Young Dancers Programme in 2014 and became an Artist in 2015. Having shown her mettle in meeting the complex demands of The Rite of Spring while still a student, she proved herself a strong member of the corps de ballet during the next six years, performing across the wide range of the Company’s repertory. She takes up a new career with her own business, Grace Blundell Ballet and Fitness.

'This fine group of dancers have made such a fantastic contribution to the life and soul of the Company. Their journey from The Royal Ballet School through to the Company has been an inspiration to young aspiring dancers and their collective qualities epitomise what is so special about The Royal Ballet. I am sure our audiences will join us in wishing them well for the future.’

In addition to dancers taking voluntary redundancy, The Royal Ballet also announces that Soloist Fernando Montaño has decided to leave the Company to pursue new dance and arts projects. This follows a period of absence during which time he undertook a range of creative and humanitarian work. Montaño studied at Incolballet Colombian and Cuban National Ballet schools and graduated into the Cuban National Ballet in 2004, before completing one further year of study at the Teatro Nuovo do Torino, Italy. He joined The Royal Ballet in 2006 as an Artist and was promoted to First Artist in 2010 and Soloist in 2014. His repertory in Cuba and with The Royal Ballet has spanned ballets from The Sleeping Beauty (Bluebird), Alicia Alonso’s La Fille mal gardée (Colas) and The Two Pigeons (Gypsy Girl’s Lover) to McGregor’s Chroma, Carbon Life and Woolf Works and Wheeldon’s Alice’s Adventures in Wonderland (Rajah/Caterpillar) among others. Montaño has set up a charitable foundation to help young Columbians develop their passion for the arts and has a range of projects in development, including a feature film inspired by his autobiography and a choreographic venture, Sinbad, with theatre producer Mona Khashoggi.

Kevin O’Hare says: ‘Our thanks to Fernando for his wonderful contribution to all we present on stage during these past 14 years. His exciting plans for the future show true entrepreneurial spirit which should greatly enrich the arts scene and be an inspiration for many young people today. We all wish him the very best with his new ventures.’