The role of ballet in grand opera

Why it would be a mistake to cut the ballet sequences of Guillaume Tell. 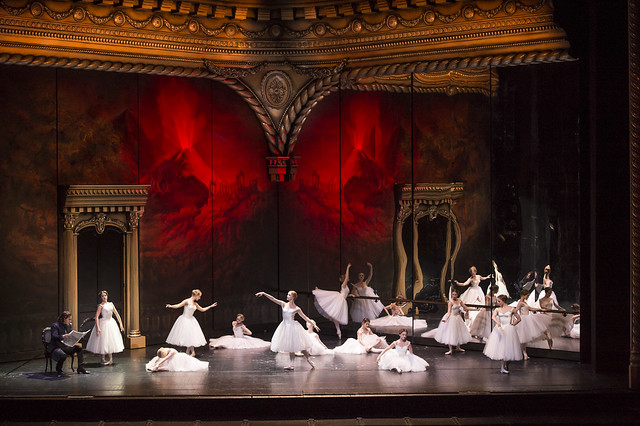 Ballet was a crucial part of an evening’s entertainment for Opéra audiences. Either an opera would be paired with a self-contained ballet or, increasingly, ballet would be incorporated into the opera: usually this would be in the first act, and a more extended divertissement would feature in the third act. The dancing generally had some relevance to the drama, however tenuous. In this way dance enhanced the local colour provided by the scenery, brightly costumed chorus and folkish music, and it offered a breathing space in the evening’s entertainment. It also provided an opportunity for young dandies to leer at the legs of the dancers with their ever-more powerful binoculars (and consort with them after the performance). Wagner famously fell foul of this important ritual when he introduced the ballet too early in the evening in his Paris adaptation of Tannhäuser (1861), disrupting the Jockey Club’s dinner plans

Two ballet sequences appear in Guillaume Tell, as conventional divertissements, and feature deliciously delicate folklike tunes that help to establish the character of the Swiss peasants and – through contrast – italicise the brutality of the Austrian intrusion. The first brings to a climax the sequence of choruses in Act I that evoke their idyllic life in their mountain landscape: chorus, dancers and soloists assemble in a lavish celebratory tableau. The second is set in the Austrian garrison Altdorf in Act III, where the Swiss are effectively being held prisoners; it incorporates a pas de soldats that recalls the famous military music from the overture.

In spite of Parisians’ famously insatiable taste for dance, the ballets were the most criticised element of the opera, and bear witness to the public’s increasing demand for continuous, fully motivated drama rather than interruptions of gratuitous display. Journalists were vocal: most of them recommended cuts, and some pointed to the dramatic flaws. The soldiers in Act III would be better off arresting Tell rather than dancing with the Swiss girls; the outbreak of whistling from the audience during the noble pas de deux in Act I was because such a dance was preposterous in the poor canton of Uri; and when Jemmy wins the shooting prize in Act I and the chorus gather round to congratulate him, why do the dancers caper about for no reason? There should be pantomime rather than dancing in this scene, one critic suggests: ‘It is with mise en scène that the war between chorus and dancers should be fought!’ This observation reminds us that ballet at this time combined the sort of abstract dance familiar from later full-blown Romantic ballets blancs with extended and detailed passages of narrative mime.

Some cuts to the ballets were made during the first performances, and when the opera was reworked in three (rather than four) acts in 1831, much of the Act I and III dancing was omitted altogether – though the opera was paired with the ballet La Somnamble. Naturally, when the opera travelled abroad the ballets were the obvious casualties when trying to trim this colossal work for audiences that had much less interest in dance. 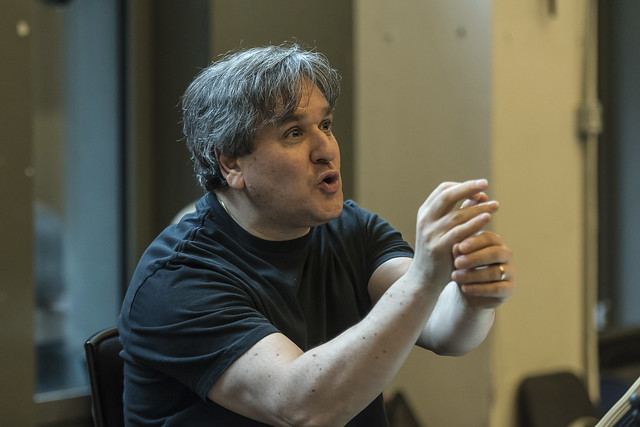 Interestingly, Damiano Michieletto and Antonio Pappano retain much of the ballet music in this production, and pantomime rather than abstract dance is used to create and develop characters, in passages of storytelling that would surely have delighted the 19th-century critic mentioned above. In other words, display is incorporated into the narrative. In Act I, the relationship between Tell and Jemmy is explored and made visible to the audience. In Act III, the pantomime lays bare the brutality of the Austrians, and Gesler’s dastardliness; motivation for this comes from the story reported by Leuthold in Act I. In both cases, the pantomimes explore the full range of emotions and movement that the music suggests, and take inspiration from the wider drama: although the action is suspended during these scenes, the drama is expanded.

Ballet is regularly cut from modern performances and recordings, but it is an important element of grand opera’s carefully balanced moments of display and action, and contributes to a work’s overall pacing. It offers moments of reflection in the midst of the fast-paced action. When approached imaginatively and with sensitivity to the surrounding drama, it can keep the audience in the narrative. Thus when cuts are required to bring these works in under five hours, although the ballets seem obvious candidates, they are not always the best choice.