Strauss unpacked: A guide to one of the 20th century's great composers

In his long career the German composer created some of the finest operas of the 20th century. 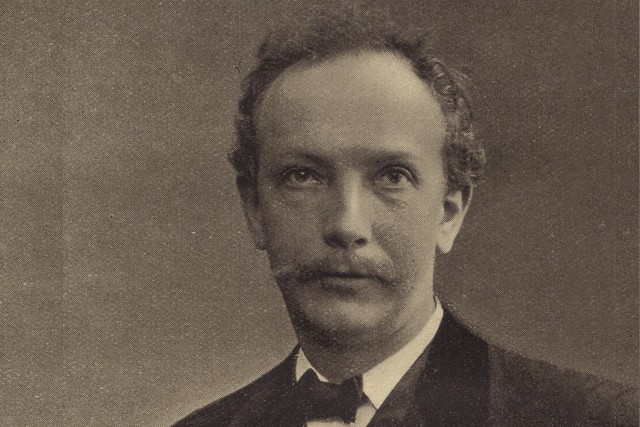 Richard Strauss (1864–1949) displayed great gifts as a composer for voice early in his career, writing exquisite songs from the early 1880s. However, until 1894 his larger-scale works were primarily orchestral tone poems, such as Don Juan and Tod und Verklärung (both 1889). Strauss began work on his first opera, Guntram, in 1887. The opera had its premiere in 1894 in Weimar, on the same day that Strauss announced his engagement to the soprano Pauline de Ahna, who sang the role of Freihild. Guntram showed the influence of the music dramas of Wagner and the philosophy of Nietzsche and Schopenhauer. It was not a success, and Strauss’s second opera, the satirical Feuersnot (1901), also had a lukewarm reception, largely because of the sheer difficulty of the music.

Strauss's next work, Salome (1905), was a great succès de scandale. The opera’s colourful orchestration, bold and arresting narrative and chromatic harmonic language led Strauss to be hailed as a new modernist voice in opera, while the opera’s heroine was seen as an archetypal femme fatale. Although Salome was banned or censored by several opera companies, it remained popular with audiences and Strauss’s fortune was made. Strauss was even more daring in his next opera, Elektra (1909): he employed a huge orchestra and composed immensely demanding music for the three principal female characters. The first Klytämnestra, Ernestine Schumann-Heink, declared ‘there is nothing beyond Elektra’. 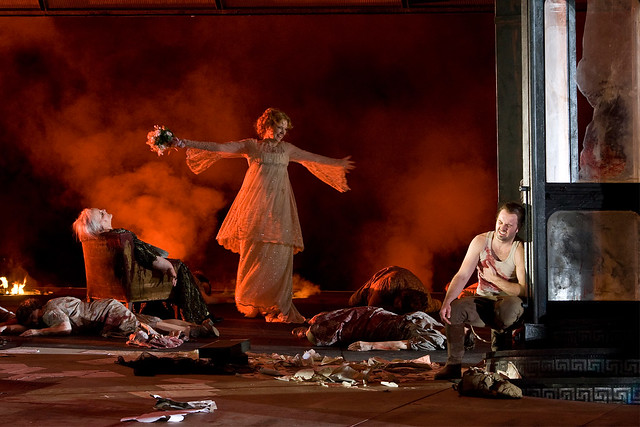 Elektra marked the beginning of Strauss’s fruitful collaboration with the Austrian playwright Hugo von Hofmannsthal. For their next work they left the angst-ridden world of Greek tragedy and turned to Rococo Vienna. Der Rosenkavalier (1911) explores the love triangle between the ageing but still beautiful Marschallin, the young nobleman Octavian (the ‘Rosenkavalier’), and the beautiful adolescent Sophie von Faninal. There is also plenty of comedy, as Octavian outwits Sophie’s boorish suitor Baron Ochs. Strauss chose a broadly diatonic language for Der Rosenkavalier, employing characteristically ‘pictorial’ orchestral effects, and also made witty use of that most Viennese of dances, the waltz. The writing for the three principal female roles is far more lyrical than in Elektra, above all in the Act III trio ‘Hab’ mir’s gelobt’, when the voices combine to sublime effect.

Strauss and Hofmannsthal’s next collaboration was a theatrical hybrid. Ariadne auf Naxos (first version, 1912) combined Hofmannsthal’s version of Molière’s play Le Bourgeois Gentilhomme with an opera about the Greek heroine Ariadne, staged simultaneously with a humorous performance by a commedia dell’arte troupe. Ariadne had a mixed reception, as audiences were uncertain whether they were watching a play or an opera. In 1916 Strauss and Hofmannsthal revised the work as a full-scale opera, replacing the Molière material with an operatic Prologue. Strauss further developed the lyricism and vocal beauty he had explored in Der Rosenkavalier, particularly in the writing for Ariadne and Bacchus. He also experimented with smaller orchestral forces (a 36-piece chamber orchestra), and had fun creating the acrobatic coloratura role of Zerbinetta. 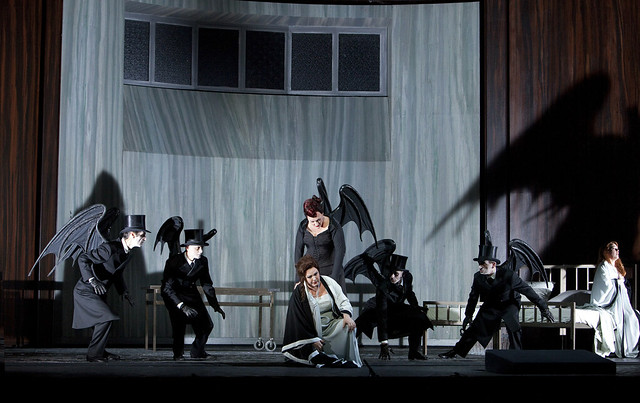 Strauss termed his next opera Die Frau ohne Schatten (1919) ‘the last Romantic opera’. He intended it to be similar in tone to Die Zauberflöte, with the story of two couples, one too high-minded and one too earthbound, who learn the meaning of love. Hofmannsthal’s libretto is one of his most symbolic and complex, though the poet showed a lighter side when he modelled the character of the Dyer’s Wife on Strauss’s volatile wife Pauline. Die Frau ohne Schatten is a major undertaking for any opera house, with its massive orchestra, unusual length and extremely difficult principal roles – but it contains some of Strauss’s loveliest music, particularly for the Empress and Barak the Dyer.

After the premiere of Die Frau ohne Schatten, Strauss announced to Hofmannsthal his plan to write a ‘modern domestic comedy’. Hofmannsthal refused to collaborate, so Strauss wrote his own libretto, based on an incident in his marriage. Intermezzo (1924) is less vocally lyrical than Strauss’s previous three operas; instead, much of the vocal writing resembles a ‘sung play’, with the melodic beauty reserved for a series of orchestral interludes and for the final reconciliation scene.

Strauss and Hofmannsthal resumed their collaboration with Die ägyptische Helena (first performed in 1928), about the adventures of Helen of Troy after the Trojan War. The opera contains some lovely music, including Helena’s Act II aria, but a convoluted and at times somewhat clumsy plot, coupled with one of Strauss’s famous ‘killer’ tenor roles for the Spartan King Menelaus, have prevented the work gaining a firm foothold in repertory. Strauss and Hofmannsthal’s last collaboration, Arabella (1933), had the same Viennese setting as Der Rosenkavalier (though now in the 19th century). Strauss’s love of operetta is clear in the score, which shares much of the lyricism of Rosenkavalier – and has an even more complicated plot. Arabella is Strauss’s best-loved stage work from the 1920s and 30s and contains some exquisite music; particularly beautiful is the duet for Arabella and her sister in Act I (‘Aber der Richtige’) and the Act II duet for Arabella and Mandryka, ‘Und du wirst mein Gebieter sein’, based on a Croatian folk tune.

After Hofmannsthal's untimely death in 1929 Strauss struggled to find a new collaborator. He thought he’d found one in Stefan Zweig, another Viennese writer, with whom he created the witty comic opera Die schweigsame Frau (1935) – but Hitler’s rise to power prompted the Jewish Zweig to leave Europe, and the opera was subsequently banned by the Nazis. Strauss began another partnership with the historian Joseph Gregor, which he found somewhat frustrating. The Nazis banned their first collaboration, the Fidelio-like one-act Friedenstag (1938), due to its pacifist sentiments, and Strauss complained much about Gregor’s ‘schoolmasterly banalities’ in Daphne (1938) and Die Liebe der Danae (completed 1940, dress rehearsal 1944 for a performance cancelled by Goebbels and finally first performed in 1952). However, both operas contain beautiful and very moving music, such as the heroine’s metamorphosis into a laurel at the end of Daphne, and Jupiter’s farewell to earthly love and his beloved Danae in Die Liebe der Danae.

Strauss believed that Die Liebe der Danae would be his last opera. In fact, in 1939 he and the conductor Clemens Krauss began work on Capriccio, a ‘conversation piece in one act’ set in Paris in 1775. Capriccio addresses the question of which in opera is more important: words or music. Strauss wrote the music, Krauss (with much input by Strauss) the libretto. The premiere, in war-torn Munich in 1942, was a great success. With a sparkling score that contains glorious melodies, witty pastiches of 18th-century dance and opera seria and a host of vivid characters – including Countess Madeleine, one of Strauss’s greatest soprano roles – Capriccio is a fitting close to the career of one of the greatest opera composers of the 20th century.