The inventive and beguiling world of Julian Philips

As the composer's new opera for children bursts onto the stage in the Linbury Studio Theatre we explore his brilliantly collaborative approach. 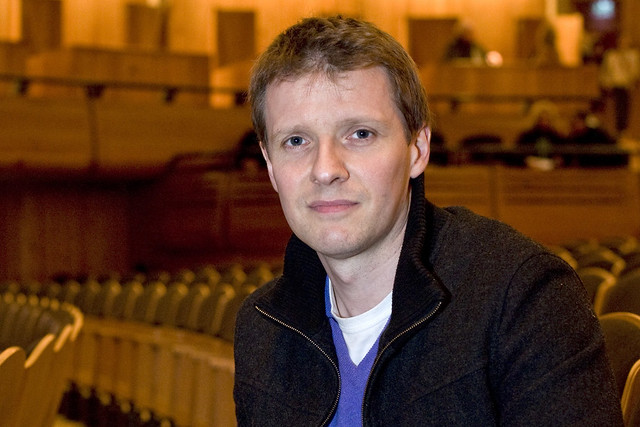 Julian Philips is one of the most versatile composers working today. He's won acclaim for his melding of words and music – and after a three-year-stint as Glyndebourne's first Composer in Residence his name is now firmly associated with opera. His works share a lively spirit of exploration, play and collaboration, and a drive to engage audiences and musicians of all ages – all qualities very much in evidence in his new opera How the Whale Became.

Philips has a chameleon-like ability to absorb other musical languages. Blues infuses his children's opera Varjak Paw, while the hero's origin – he's a handsome Mesopotamian Blue cat – is referenced in Arab-inflected music. Followers, a chamber opera created for Glyndebourne, retells the myth of Orpheus and Eurydice across three centuries of musical styles. The magnificent Knight Crew, a community opera also created for Glyndebourne, draws on a wide lexicon of music theatre. There's The Yellow Sofa, a Portuguese drawing-room farce in which the splendidly upholstered eponymous furniture can't help breaking into fado (a sort of Portuguese chanson). Philips's ballet The Snow Queen, created with choreographer Michael Corder for English National Ballet, was adapted from a late work by Prokofiev, rehabilitating music that has been unjustly neglected. 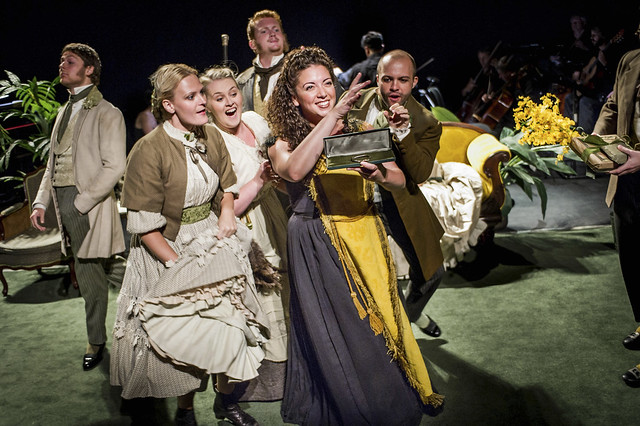 The cast of The Yellow Sofa, Glyndebourne © Robert Workman

Animals have often been the focus of Philips's work. His one-act operas Dolffin and Wild Cat were created as part of Welsh National Opera's 'Land, Sea, Sky' trilogy, which won the Royal Philharmonic Society's 2007 Education Award. These bilingual chamber operas were part of a three-year project involving more than thirty schools and a chorus of a hundred children, carrying messages of ecological awareness. There was a similar moral running through Philips's seven-minute street opera Save the Diva created for The Opera Group and Friends of the Earth. And of course there's the feline crew of Varjak Paw, also created for The Opera Group, who commissioned Philips on the basis of his settings of Emily Dickinson's animal poems.

Consideration of venue seems to play a crucial role in Philips's development process. Save the Diva is a case in point, where Philips's tiny ensemble of accordion, trombone, soprano, baritone and street performer meant the work really could be put on almost anywhere. Followers encouraged its Glyndebourne audience to follow the performers through three rooms of the Glyndebourne house as the performers (and music) journeyed through the centuries. 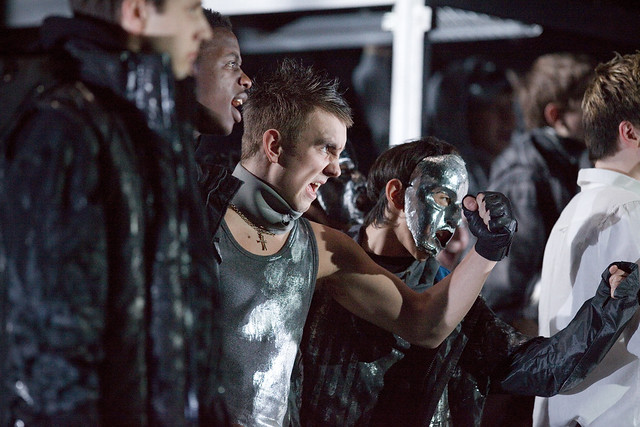 But most thrilling of all is the ever-present thread of education running through Philips's works. Currently Head of Composition at the Guildhall, Philips has a clear urge to motivate the younger generations. Knight Crew perfectly encapsulated this attitude, Philips working with chorus master Gareth Malone in a huge project for a 50-strong youth chorus and an orchestra that brought together 30 amateurs and 30 professionals. Malone documented the whole staggering process for the BBC in Gareth Malone Goes to Glyndebourne. Dolffin and Wild Cat were other strong examples of Philips's commitment to outreach and to engaging young children in music making, while he has also written countless concert works for children's choirs and orchestras. He also takes care to nurture musicians just beginning their professional careers: Followers and Philips's other Glyndebourne chamber orchestra Of Water and Tears each gave solo roles to members of the Glyndebourne Chorus, and Philips has been instrumental in establishing a Guildhall composer residency with the Royal Opera House.

Philips's music is witty, beguiling and endlessly inventive – all qualities he seems to bring to every stage of the creative process. As he says, ‘Opera is risky – I want to take the risk. We’re all on the same level, all taking risks. The possible outcome is that we create a really exciting piece of work’.

Listen to Philips's music on his Soundcloud page.