The Concept Album: Why Pink Floyd, The Beatles and Green Day owe Beethoven and Monteverdi a huge debt

The concept album has been around longer than you might think. 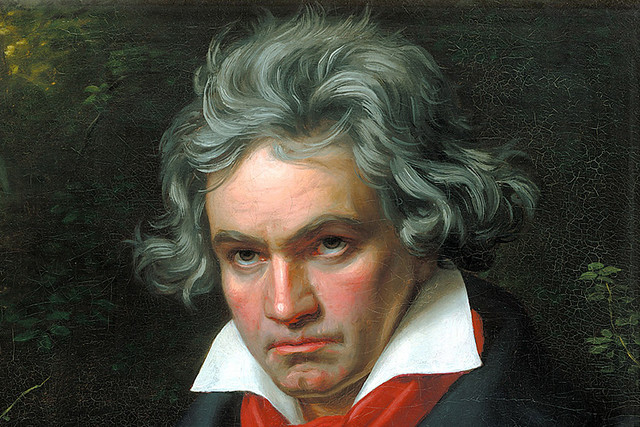 Christoph Marthaler’s King Size — recently staged at the Royal Opera House — presents a hugely diverse range of songs, from John Dowland and Alban Berg to the Jackson 5. But no matter how different the songs are from each other, they all become part of a continuous whole through the characters’ shared experience. It’s a striking, contemporary take on the German tradition of the Liederabend, or ‘evening of song’, in which music and theatre, classical music and pop all combine. King Size is Marthaler’s answer to a perennial question: how do you give a sense of coherence to a set of independent songs? In other words, how to make a decent concept album.

Beethoven wrote An die ferne Geliebte (To the Distant Beloved) in 1815–16. This set of six songs is different from previous German song collections in that they are all sung by a single protagonist, combining like one long monologue to describe the story of the singer and his absent love. What’s more, the cycle is ‘through-composed’: the songs follow each other without a break.

Beethoven’s idea of using a collection of songs to tell a story has been enthusiastically taken up by a myriad of composers and musicians since – perhaps most famously in the song cycles of Schubert (Die schöne Müllerin, and Winterreise) and Schumann (Dichterliebe, and others). In popular music today, concept albums as diverse as Pink Floyd’s ‘The Dark Side of the Moon’ and Green Day’s ‘American Idiot’ are clear descendants of these earlier works, even if their musical language is very different.

Pink Floyd’s famed 1973 album, like Beethoven’s earlier example, is through-composed. But the focus is perhaps broader than in An die ferne Geliebte, or indeed in the Schubert and Schumann cycles: there is not so much the suggestion of a story underlying the songs, but rather a web of recurring themes, in part a reaction to Syd Barrett’s departure from the band five years previously. Like the Beatles’ ‘Sgt. Pepper’s Lonely Hearts Club Band’, whose songs are even less closely linked, the album is proof that there are ways to connect albums together beyond a shared narrative.

That’s not to say that pop albums can’t tell a story – ‘American Idiot’ is a famous recent example, so successful that it was adapted into a musical. But there are scores of variations on the theme, from David Bowie’s ‘The Rise and Fall of Ziggy Stardust and the Spiders from Mars’ to Janelle Monáe’s ‘Metropolis’ series, which has encompassed all three of her albums to date. Monáe’s dazzling odyssey is the story of a time-travelling android on a mission to liberate a society from an oppressive regime. It is proof that, across musical styles, artists are still finding novel ways to link songs together, even two centuries after Beethoven.

But then again, it’s not hard to argue that Beethoven wasn’t the first, after all. Monteverdi’s Fourth Book of Madrigals of 1603, for instance, was brilliantly staged several years ago by I Fagiolini as ‘The Full Monteverdi’, convincingly teasing out the thematic and dramatic connections between the songs. More remarkably still, the 14th-century composer and poet Guillaume de Machaut may well have structured seventeen of his Motets as a cycle, charting a spiritual journey towards unity with Christ.

At the very least, we can say for sure that the question of how to organize collections of songs together is a very old one indeed – even if the types of song, and the terms we use to describe them, are changing all the time.