Spanish dancer to take up role of Artistic Director at English National Ballet. 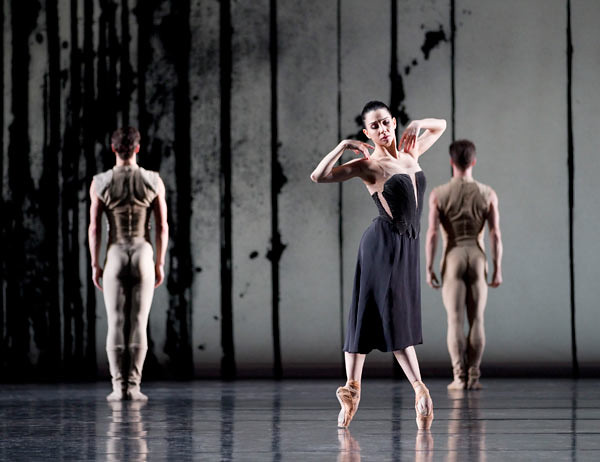 Royal Ballet Principal Tamara Rojo is to leave the company to take up the role of Artistic Director at English National Ballet. Tamara will stay with The Royal Ballet until the end of the current season, dancing all scheduled performances before taking up her new post in August.

Director of The Royal Ballet, Monica Mason said of the news:

"I'm obviously very sad that Tamara will be leaving The Royal Ballet, as she is a wonderful artist and has been a loyal and committed Company member for the past 12 years."

Tamara joined The Royal Ballet in 2000 from English National Ballet. Prior to this she danced with Scottish Ballet and during her career has danced all the main classical roles, as well as a wide variety of the MacMillan and Ashton repertory. She has also created new roles for contemporary choreographers such as Liam Scarlett and Wayne McGregor.

The remainder of the 2011/12 season sees Tamara dance roles in The Prince of the Pagodas, La Sylphide and Birthday Offering.

This article has been categorised Ballet and tagged Artistic Director, by Kenneth Macmillan, English National Ballet, leavers, Production, Tamara Rojo, The Prince of the Pagodas