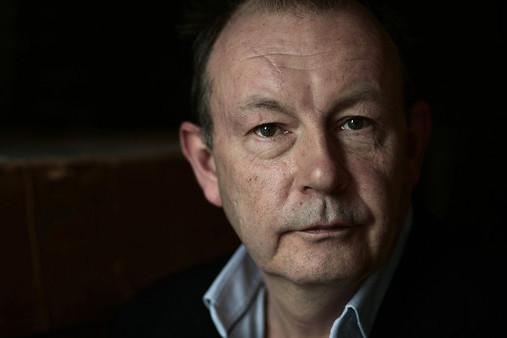 Monteverdi’s Orfeo retells a very old and very well-known tale: the demigod Orpheus – son of Apollo and the muse Calliope – marries Eurydice, is devastated when she dies, and goes to the world of the dead hoping to bring her back. ‘It's a very simple, human story’, explains director Michael Boyd. ‘A man can’t stand it when the woman he loves dies; he wants to be with her but he’s not allowed to; and so he is left without her.’

Yet this simple, human story is also one of the most enduring myths of the ancient world, and its themes and symbols reach deep into the human psyche. The Orpheus myth is about the power of poetry and music to lift or calm the spirits of humans and even to influence the will of the gods; about the special genius of the poet or musician who harnesses that power; about the restrictions on human power, and the power of the gods over human lives. It is about those rare humans who dare to cross boundaries.

With Orfeo being one of the first operas, audiences seeing the piece in Monteverdi’s time were not familiar with the peculiar kind of performance he and his librettist Striggio had created. One excited courtier commented that ‘all the performers speak musically’. In our own times audiences new to opera or new to Orfeo may be similarly excited. With a new translation of the libretto by Don Paterson, the opera is revived for the 21st century.

‘Don Paterson is a musician and a poet’, says Boyd. ‘He’s brought to the libretto the daring and skill of the poet and the respect of the musician. It is an extraordinarily vivid new version, and the more I work with it the more I find it miraculous. It is so un-stuffy; lyrical but not flowery, punchy but beautiful, and it is genuinely and thoughtfully singable.

‘The music is just so exquisite. I’m hoping that for audiences new to Monteverdi – or new to opera – it will  be like listening to Shakespeare. After the first five minutes, you forget that this is an unfamiliar experience in a strange language, and you begin to hear it… . And then we can let Monteverdi break our hearts.’

Boyd is no stranger to Renaissance theatre. After five years as Associate Director at the Royal Shakespeare Company, he was the company’s Artistic Director from 2002 to 2012. The time Boyd has spent with Shakespeare and his contemporaries has influenced his new production of Monteverdi’s Orfeo – his debut as a director of opera.

‘What Shakespeare was so good at’, Boyd explains, ‘was telling fables about abuses of power with the implication that the noble patrons of the art form – "you, my great and most serene lords" – were lending their support to a moral tale. Artists of Renaissance courts who openly rebelled against authority found themselves out of work, in prison, dead, tortured, or their works burned. But, like in Shakespeare, in Monteverdi any hint of commentary is perfectly poised and perfectly ambiguous’.

Boyd and Olivier Award-winning designer Tom Piper see such a fable in Orfeo, which they have set in an environment that suggests imprisonment. ‘It’s a kind of custodial situation. There’s the feeling of imposing judgement, a hierarchy with a lot at stake. The notion of Orfeo, Euridice and their companions being at the mercy of the gods was something we wanted to capture in some way. They’re singing for their lives, for their destinies. They’re singing for the truth to be told, whatever that may be.’

This is an extract from Will Richmond's article 'Between Heaven and Hell' in The Royal Opera and the Roundhouse's programme book, available during performances at the Roundhouse.