He will be the longest serving Music Director in the Royal Opera House’s history by the end of 2018/19. 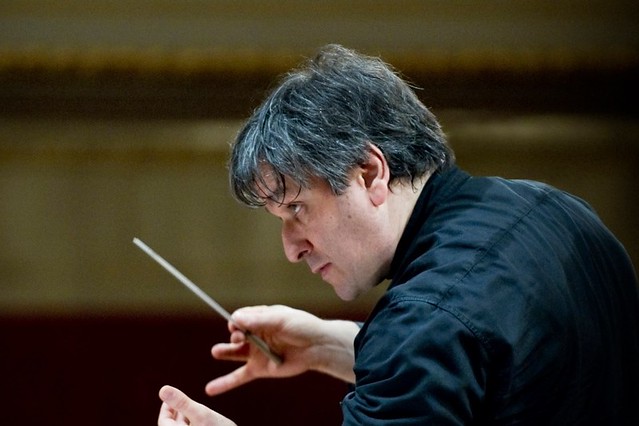 Sir Antonio Pappano, Music Director of the Royal Opera House, has confirmed that he will remain in position until at least the end of the 2022/23 Season.

Pappano, who has been in position since 2002, will be the longest serving Music Director in the Royal Opera House’s history by the end of 2018/19.

Pappano has conducted an extensive and diverse repertory at the Royal Opera House, including the world premieres of Birtwistle’s The Minotaur (2008) and Turnage’s Anna Nicole (2011). He recently conducted the Orchestra of the Royal Opera House and the Royal Opera Chorus in Verdi’s Requiem in celebration of the fiftieth year of the Company’s Royal Charter, and has just concluded an acclaimed fourth full cycle of performances of Richard Wagner’s epic Der Ring des Nibelungen in Covent Garden.

He has received many awards, including in 2015 the Royal Philharmonic Society Gold Medal, and in 2016 was named one of the ten most successful Italians working in the UK by the PrimiDieci Society. In 2012 he was made Cavaliere di Gran Croce dell’Ordine al Merito della Repubblica Italiana and received a knighthood. He has received two Laurence Olivier Awards, one in 2003 for Outstanding Achievement in Opera and one in 2005 for the Best New Opera Production for Lady Macbeth of Mtsensk.

Antonio Pappano said: “I am absolutely delighted to continue as Music Director of the Royal Opera House until at least 2022/23. This place feels like my home and I am so excited to continue my artistic journey here, conducting the repertory that Oliver Mears and I have developed together while continuing my collaboration with the finest Orchestra and Chorus in the world”.

During a sabbatical year in the 2020/21 season, Pappano will make appearances in venues across the world, including New York’s Metropolitan Opera, the Teatro Alla Scala in Milan and Staatsoper Berlin.

Alex Beard, Chief Executive of the Royal Opera House, said: “I am thrilled that Tony has decided to stay until 2023. He has accomplished a huge amount in his 16 years at the Royal Opera House, and we are very excited to have another five years at least in prospect. His remarkable artistic leadership is at the heart of what makes Covent Garden such a powerful creative force. The breadth of his repertoire is astonishing and his ability to get the very best from the world’s greatest directors and singers is unrivalled, as is his commitment to extending access as widely as possible to the artistic excellence that the Royal Opera House stands for.

Oliver Mears, Director of the Royal Opera, said: “Tony's passionate and instinctual music-making, always informed as much by the drama as by the notes themselves, is the foundation of how we make opera at Covent Garden. It's an honour to work with Tony, and I can't wait to spend more time with him in the coming years as we strive to do full justice to the world's greatest operatic masterpieces.”