Rehearsals, class, interviews and insights to be broadcast live via the Royal Opera House YouTube channel and The Guardian website on 23 March. 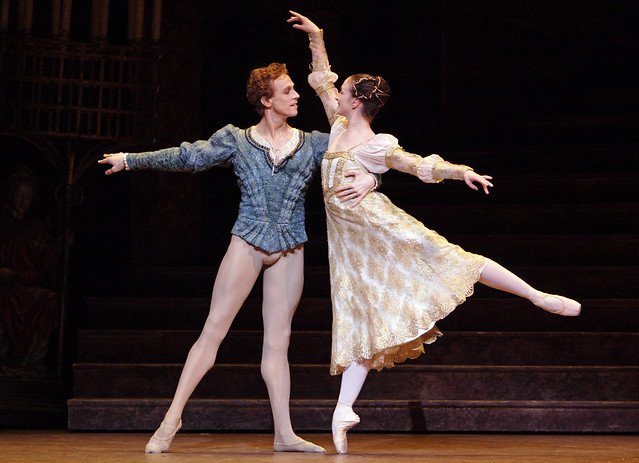 Next Friday 23 March, for the first time ever, we’re opening up the doors of The Royal Ballet rehearsal studios live to a worldwide audience via our YouTube channel and the Guardian website.

Offering a glimpse into the unique environment of the ballet studio and a chance to witness the work and dedication that go into The Royal Ballet’s performances, the day will begin with a broadcast of morning class live from 10.30am GMT. This will be followed by rehearsals from works such as Alice’s Adventures in Wonderland and Romeo and Juliet, as well as the opportunity to see ballets in the process of being created by Wayne McGregor - The Royal Ballet's Resident Choreographer - and Liam Scarlett, ahead of their world premieres on 5 April.

The day will round off at 18.30 GMT as Wayne McGregor and musician/producer Mark Ronson rehearse and discuss their new ballet Carbon Life in front of an invited audience.

And you can be part of the day too. As part of the online event we're after your questions to put to the dancers and internationally renowned choreographers who work with The Royal Ballet. You’ll be able to post your comments and questions via Twitter with the hashtags #RBLive and #RBLquestions and we'll be choosing a selection to ask live. And in the run up to Royal Ballet Live we want you to unleash your inner dancer by sending us a video of yourself doing a grand jeté (a big jump!), a selection of which will be broadcast to the world. The more creative the location the better, although after trying it myself restricted spaces are not advised!

Watch Soloist Kristen McNally show you how it’s done and send us your submissions via YouTube:

If you can’t tune in live, there’ll be a rebroadcast shortly afterwards and highlights from the day will be available on the Royal Opera House YouTube channel.