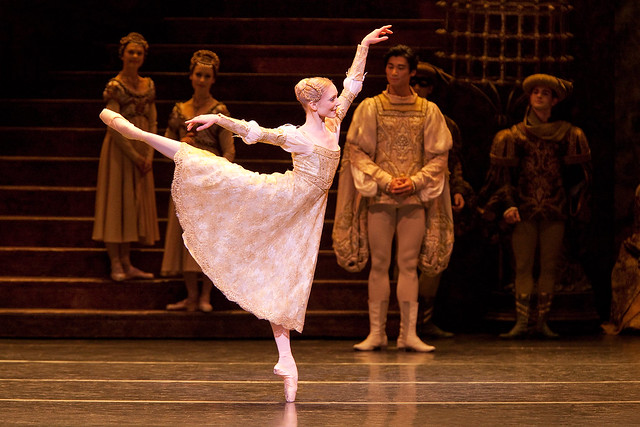 Sarah Lamb as Juliet in Romeo and Juliet © ROH/Johan Persson, 2010

Kenneth MacMillan’s powerful tragedy Romeo and Juliet will be relayed live to cinemas around the world and BP Big Screens in the UK at 7pm BST 22 September 2015.

For a specially selected range of exclusive, films, pictures and features, download the Romeo and Juliet Digital Programme for free using the promo code 'FREEROM'.

When Juliet and Romeo meet at a ball they fall passionately in love, only to find that they belong to families who are sworn enemies, divided by a bitter feud. Can their love survive such hatred?

Shakespeare's tragedy Romeo and Juliet is perhaps his best-known work, and the passionate tale of young love tragically extinguished has sparked numerous adaptations. As part of the Deloitte Ignite Festival 2015, we invited a group of hip hop dancers and roller-skaters to create their own adaptation of the work.

Kenneth MacMillan’s emotive adaption of Shakespeare’s great love story, set to Sergey Prokofiev’s powerful and iconic score, is a 20th-century classic. The production, which this year celebrates its 50th anniversary, had its world premiere to rapturous acclaim in 1965, receiving 43 curtain calls and almost 40 minutes of applause. Now a cherished staple of The Royal Ballet repertory, it has been performed more than 400 times, toured around the world, and in 2011 was adapted for an arena residency at the 02 Arena.

Kenneth MacMillan’s challenging choreography emphasizes the emotional and psychological intensity of the narrative. The ballet is constructed around three passionate pas de deux: the lovers’ first meeting, the famous balcony scene – one of ballet’s most iconic love scenes – and the devastating final tragedy, in which Romeo dances desperately with the lifeless Juliet, and includes a dramatic marketplace swordfight.

American dancer Sarah Lamb, who has been a Principal with The Royal Ballet since 2006, will dance the role of Juliet, with Australian dancer Steven McRae as her Romeo.

‘Romeo is a role I’ve always loved’, says Steven. ‘The first time I tackled it was a real turning point in my life and career’. Listen to an interview with Steven about making his debut in the role. 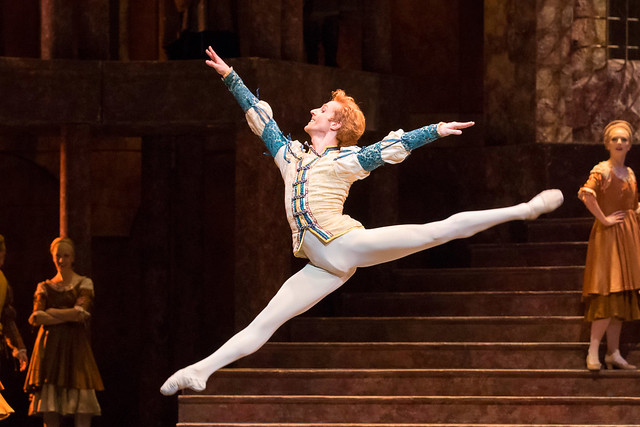 Steven McRae as Romeo in Romeo and Juliet © ROH/Johan Persson, 2013

Romeo and Juliet opens The Royal Ballet 2015/16 Season on 19 September.

As well as watching the action in cinemas around the world and BP Big Screens around the UK, you'll also be able to follow the action via our live-blog on the Royal Opera House website, offering a lighter take on all the tragic on-stage action

After the relay on 22 September, we will publish a roundup of the audience tweets, so share your thoughts with the hashtag #ROHromeo.

BP Big Screen audiences will have the opportunity to win a luxury picnic hamper by sharing their picnic pictures from venues around the UK. Details of how to enter will be shared on the day of the relay.

Find a cinema screening or a BP Big Screen near you.

The next production in the Royal Opera House Live Cinema Season will be The Royal Opera's Le nozze di Figaro on 5 October 2015. View all upcoming screenings and sign up to our mailing list.

The production is supported by BOODLES 1798, with generous philanthropic support from Peter Lloyd, Lindsay and Sarah Tomlinson and the Jean Sainsbury Royal Opera House Fund.