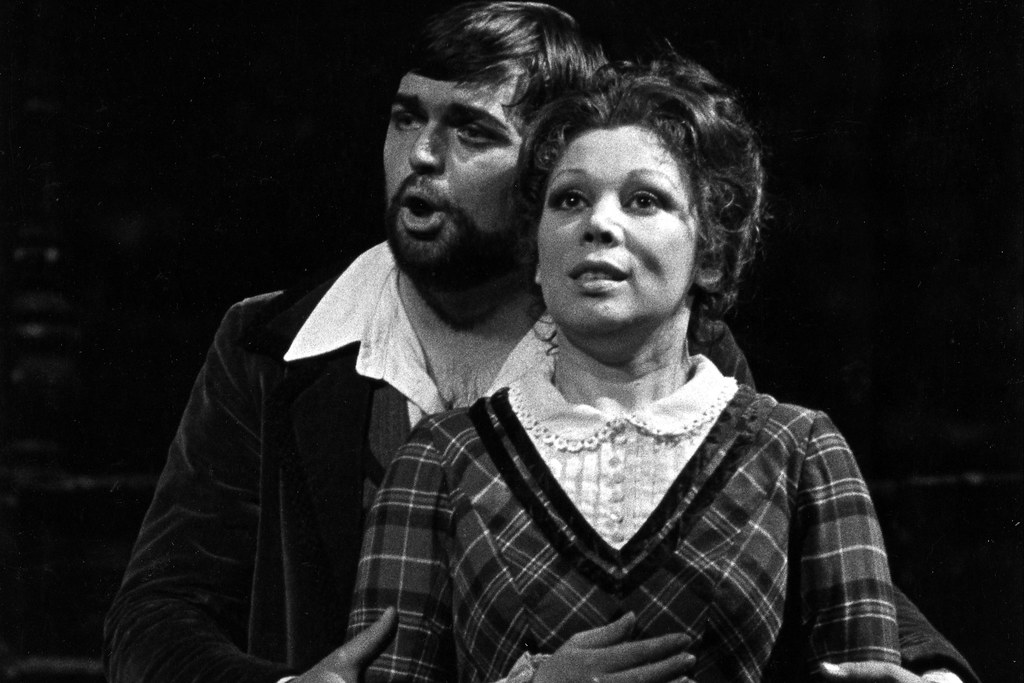 Peter Dvosrky as Rodolfo and Mirella Freni as Mimì in La bohème, The Royal Opera, 1980 © ROH. Photograph by Donald Southern

The Italian soprano was one of the greatest interpreters of Mimì in La bohème.

Freni grew up in a working-class family in Modena, Italy where her mother worked alongside Luciano Pavarotti’s mother in a cigar factory. She came to early acclaim as a child singing ‘Un bel dì vedremo’ in a radio competition, but on the advice of star tenor Beniamino Gigli only began serious training when she was 17. She made her debut at the Teatro Municipale in 1955 as Micaëla (Carmen). Her international breakthrough came after she sang Zerlina (Don Giovanni) at Glyndebourne in 1960; she returned in subsequent seasons as Susanna (Le nozze di Figaro) and Adina (L’elisir d’amore). She made her Royal Opera debut (1961) and her La Scala debut (1963) as Nannetta (Falstaff) and her Metropolitan Opera, New York debut in 1965 as Mimì (La bohème). She performed regularly for many of the world’s great opera companies. For The Royal Opera she also sang Zerlina, Susanna, Mimì (considered by many to be her greatest role), Violetta Valéry (La traviata), Micaëla, Marguerite (Faust) and Tatyana (Eugene Onegin, an interpretation described by opera critic Tom Sutcliffe as ‘magical and fascinating’). Her final appearance with the Company was as the title role of Fedora in 1994, with José Carreras as Loris Ipanov. The Independent was much impressed with her performance, praising ‘the infallible support, the moulding of line, the beautiful flottando effects’.

Initially a lyric soprano, Freni expanded her repertory in her forties to include heavier lyric and lyric-dramatic roles such as Elizabeth of Valois (Don Carlo), Desdemona (Otello), Amelia Grimaldi (Simon Boccanegra), Leonora (La forza del destino), Aida and the title role of Manon Lescaut. She also performed Cio-Cio-San (Madama Butterfly) in Jean-Pierre Ponnelle’s film opposite Plácido Domingo and recorded the opera, though she never sang the role in the theatre. In the 1980s and 90s she added further roles to her repertory, including Tatyana, Liza (The Queen of Spades), Ioanna (The Maid of Orleans) and the title roles of Adriana Lecouvreur and Fedora. Her final operatic appearance was as Ioanna in 2005. Freni was married to the Bulgarian bass Nicolai Ghiaurov from 1978 until his death in 2004. They began giving masterclasses together in 2002, and after his death Freni continued to teach, founding the Scuola Mirella Freni in Modena. Her many awards included the Italian Cavaliere di Gran Croce and the French Légion d’honneur.

Oliver Mears, Director of Opera for The Royal Opera, said:

‘Mirella Freni was one of the last links to an Italian tradition of light lyric singing, and one of its finest exponents. Opening her Royal Opera career with Nannetta in 1960, she went on to sing a number of major roles at the Royal Opera House. Her memorable final Royal Opera performances, as the title role in Fedora in 1994, were a fitting conclusion to an extraordinary career. She will be much missed'