The Royal Opera is deeply saddened at the news of the death of the Russian baritone Dmitri Hvorostovsky, at the age of 55. 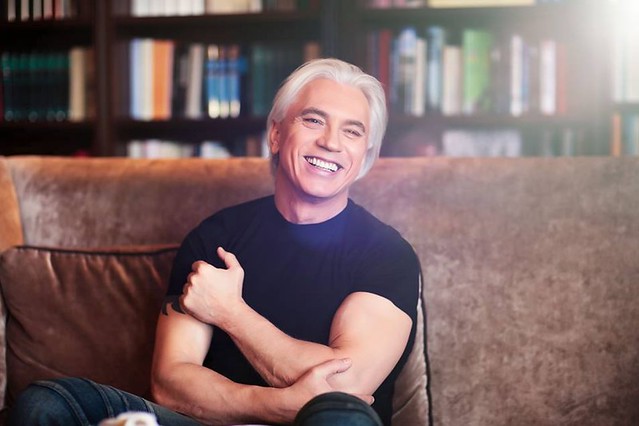 The Royal Opera is deeply saddened at the news of the death of the Russian baritone Dmitri Hvorostovsky, at the age of 55.

The Siberian-born baritone came to international prominence after winning the BBC Cardiff Singer of the Year Competition in 1989. He made his debut with The Royal Opera as Riccardo (I puritani) under Daniele Gatti three years later, in 1992, returning the following year to sing the title role in Eugene Onegin with Catherine Malfitano as Tatyana. His other performances with The Royal Opera in the 1990s were as Giorgio Germont (La traviata) in 1996, and as Francesco (I masnadieri) in 1998 under Edward Downes in Baden-Baden. He reprised the role of Francesco at Covent Garden in 2002. He also appeared in the Royal Opera House’s Winter Gala in 1993, performing Russian arias, and in the White Nights at Covent Garden Gala in 2000.

From 2001, Hvorostovsky became a regular presence with The Royal Opera, appearing nearly every Season, with a particular focus on the great baritone roles of Verdi and on Russian roles. In 2001, he sang Prince Yeletsky (The Queen of Spades) in Francesca Zambello’s new production under Bernard Haitink, and in 2006 he reprised the title role of Eugene Onegin in a new production by Steven Pimlott, with Amanda Roocroft as Tatyana and Rolando Villazón as Lensky, conducted by Philippe Jordan. His many appearances in Verdi baritone roles included Giorgio Germont in 2008 with Anna Netrebko and Jonas Kaufmann as Violetta and Alfredo and in 2010 with Ermonela Jaho and Saimir Pirgu; the title role of Rigoletto in 2005 and in 2010; Count di Luna (Il trovatore) in Elijah Moshinsky’s new production in 2002 and in its 2009 revival; and Renato (Un ballo in maschera) under Charles Mackerras in 2005, with Nina Stemme as Renato’s wife Amelia. In addition to his Verdi and Russian roles, Hvorostovsky also sang Silvio (Pagliacci) in 2003 in a production by Franco Zeffirelli featuring Plácido Domingo and Angela Gheorghiu as Canio and Nedda, conducted by Antonio Pappano, and Valentin (Faust) in 2011, in an acclaimed revival in which the cast also included Gheorghiu, Vittorio Grigolò and René Pape, conducted by Evelino Pidò.

Hvorostovsky’s repertory also encompassed roles including Simon Boccanegra, Rodrigo, Marquis of Posa (Don Carlo) and Iago (Otello). He appeared regularly at the leading opera houses of Europe and the USA, toured widely in concert and made many DVD and CD recordings, including a large number of solo albums. His final recordings were a studio recording of Rigoletto, Dmitri Hvorostovsky Sings of Love, Peace, War and Sorrow (Russian opera arias) and Russia Cast Adrift (orchestral songs by Georgy Sviridov), all for Delos.

Hvorostovsky’s last performances with The Royal Opera were as Renato (Un ballo in maschera) in Katharina Thoma’s 2014/15 production and as the title role in Kasper Holten’s production of Eugene Onegin in December 2015. The Guardian described his performance in the latter work as ‘exceptional even by his own high standards’.

Oliver Mears, Director of Opera for The Royal Opera, said: ‘We are very sad to hear the news of the death of Dmitri Hvorostovsky. We will miss his artistry, his richly beautiful voice, and his presence both on and offstage - he was a wonderful performer, always full of humour and good grace.  The opera world has lost one of its leading artists, and he will be sorely missed.’

Antonio Pappano, Music Director of The Royal Opera, said:‘It is with enormous sadness that I and the entire Royal Opera House family received the news of Dmitri Hvorostovsky’s passing.

‘He graced our stage with genuine flair and generosity towards his public, developing a career trajectory that was always searching for the next challenge. This spirit of meeting any challenge head on stayed with him through to the last.

‘The sheer beauty of his voice and his matinee-idol good looks made him a favourite with any audience; the joy with which he approached performing was unique. His passing leaves a huge void.

‘On a personal note, I once had the opportunity to accompany him on the piano in a group of songs by Rachmaninoff. The experience remains for me unforgettable, listening to him singing in his native language, the depth of understanding and his vocal prowess were overwhelming.

‘Our thoughts and condolences are with his wife Florence, and his entire family.’

The opening night of Rigoletto will be dedicated to Dmitri Hvorostovsky's memory.

This article has been categorised Opera and tagged Dmitri Hvorostovsky, obituary

This article has 51 comments