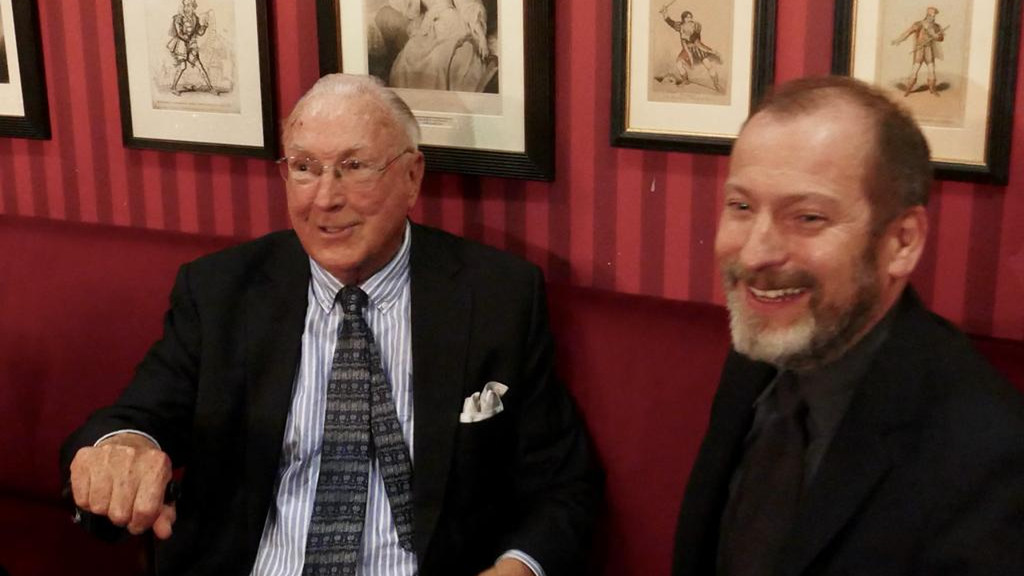 The Financial Times ballet critic was one of the greatest writers of his generation on dance.

The Royal Ballet is deeply saddened by the death of the Financial Times dance critic Clement Crisp on 1 March 2022 at the age of 95.

Crisp was born in Romford and became fascinated by ballet in childhood when he saw a performance of Swan Lake. He studied at the universities of Bordeaux and Oxford and began his distinguished career as a critic as assistant to Andrew Porter on the arts pages of The Financial Times. He was ballet critic for The Spectator (1966–70) and became ballet critic of The Financial Times in 1970, a post he held until his retirement in 2018. In a career of more than sixty years as a dance critic, Crisp wrote about many of the greatest dancers of the 20th and early 21st centuries, from Alicia Markova, Nadia Nerina, Rudolf Nureyev, Margot Fonteyn, Robert Helpmann, Antoinette Sibley and Anthony Dowell to many of The Royal Ballet’s current stars. He also championed leading Royal Ballet choreographers, particularly Kenneth MacMillan. Alongside his many reviews of performances by The Royal Ballet, Crisp reviewed performances by dance companies including English National Ballet, Bolshoi Ballet, Mariinsky Ballet, Dutch National Ballet, Scottish Ballet, Alvin Ailey American Dance Theater and many others. In addition to his career in journalism, Crisp published numerous books on ballet, often working with Mary Clarke; their publications included Ballet: an Illustrated History (1973, revised edition 1992), Making a Ballet (1974), History of Dance (1981), The Balletgoer’s Guide (1981), How to Enjoy Ballet (1982), Dancer (1984) and Ballerina (1987). He also co-authored a book on Ballet Rambert.

Crisp was librarian and archivist of the Royal Academy of Dancing (1963–85), and archivist there from 1985. His awards include the Queen Elizabeth II Coronation Award (1992) and the Knight of the Order of Dannebrog Award in Denmark (1992). In 2005 he was awarded an OBE “for services to ballet”. In 2003 Dance Research published a special Golden Jubilee edition in honour of his work. He was much admired both for the honesty of his reviewing and his devotion to dance. His varied interests outside of ballet including hip-hop, and, away from dance, Peking opera.

Kevin O’Hare, Director of The Royal Ballet, said: ‘We had the opportunity to honour Clement and his immense contribution to British ballet at a performance of Romeo and Juliet in 2019. Always steeped in a great passion for the artform of ballet, he was the most erudite man, blessed with a unique voice, strong opinion and sharp wit. As a staunch champion of Kenneth MacMillan, we at the Company owe him a great debt for the richness of our repertory as well as for the impact he made on dance history.’