Recent releases include the Royal Ballet programme featuring Tamara Rojo's final performance with the Company, and a duo of Sadler's Wells recordings. 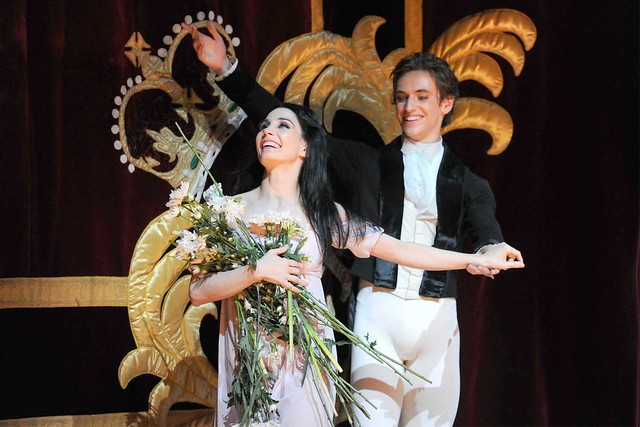 In the Spirit of Diaghilev (Sadler's Wells)

Recorded in 2009 to celebrate the 100th anniversary of the first performance by the Ballets Russes, In the Spirit of Diaghilev features premieres from four top international choreographers associated with Sadler’s Wells; Sidi Larbi Cherkaoui, Russell Maliphant, Wayne McGregor and Javier de Frutos. Arguably the highlight is Maliphant’s Afterlight (Part 1), a stunningly beautiful solo created for, and performed by, Daniel Proietto. Set to Erik Satie’s Gnossiennes, the extraordinary communication between Proietto and Michael Hulls’ dappled lighting results in a work that’s quite unlike any other piece of dance.

Also included are Cherkaoui’s sublime Faun, McGregor’s multi-disciplinary Dyad 09 and de Frutos’s Eternal Damnation to Sancho and Sanchez - a sordid account of a perverted priest desperately searching for amusement (definitely not for children, that one).

The Royal Ballet's Ashton Celebration is notable not only for including Ashton favourites La Valse and Monotones I and II but also as a memorable document of Tamara Rojo’s farewell performance at Covent Garden. She dances an emotional Marguerite and Armand with Sergei Polunin in the same performance that was screened in cinemas around the world in July 2013.

Russell Maliphant also features on the other Sadler’s Wells release Push, a collaboration with the grande dame of the dance world, Sylvie Guillem. Consisting of four individual works - Solo, Shift, Two and the eponymous Push - the two performers stretch each other all the way in this exceptional series of decidedly different contemporary works.

These and other DVD/Blu-ray releases are available now from the ROH Shop.