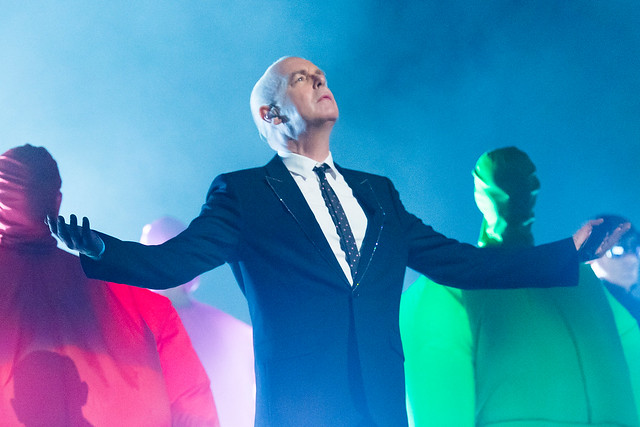 Pet Shop Boys will return to the Royal Opera House for four special shows in July 2018, two years after their debut performances at Covent Garden.

The duo will return with their 'Inner Sanctum' show, which sold out in record time in 2016 and was staged by Es Devlin and choreographer/director Lynne Page.

'We were thrilled to bring electronic music into the grandest musical space in London for four memorable nights in 2016', said Pet Shop Boys. 'Since then we’ve often been asked if we’re planning a return to the Royal Opera House and we’re excited to confirm that we’ll be back in July.'

The show received rave reviews in its first outing, hailed by the Guardian as a 'hit-packed night at the opera' and by the Evening Standard as 'an arena-worthy show in a relatively small space, complete with crazy outfits and enough lasers to down the Millennium Falcon'. Read audience reviews of Pet Shop Boys: Inner Sanctum.

This article has 46 comments