Our quick introduction to Richard Wagner’s glorious, profound comedy The Mastersingers of Nuremberg, on the role of the artist. 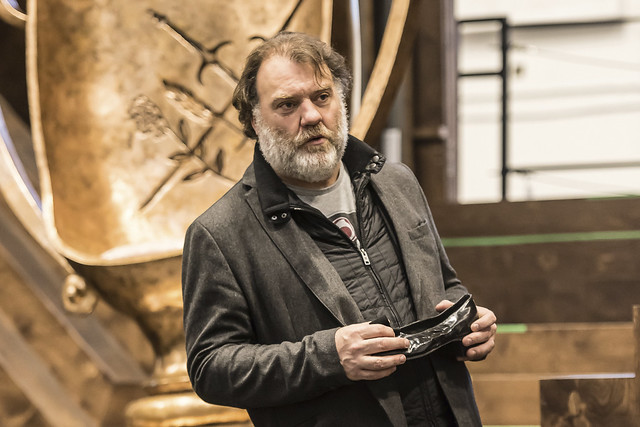 The artist Walther von Stolzing falls in love with Eva Pogner, but her father has decreed she can only marry a member of the Mastersingers’ club. With the help of the Mastersinger Hans Sachs, can Walther rise to the challenge – and defeat his rival Sixtus Beckmesser?

Genesis of a comic masterpiece

Wagner drafted a plot outline for Die Meistersinger in 1845 after the premiere of Tannhäuser. As with the earlier opera, a singing competition plays a vital part in the plot – though this time with a happier outcome. Wagner returned to the Meistersinger scenario several times in the 1850s. By December 1861 a prose draft was completed; a libretto followed in 1862, and the opera was finally completed in October 1867. Die Meistersinger had a triumphant premiere at the Court Theatre in Munich on 21 June 1868.

Both moving and comic

The music of Die Meistersinger has great dramatic variety. There are comic scenes such as David’s Act I monologue listing the rules of the Mastersingers, and Beckmesser’s Act II serenade, first interrupted by Sachs’s robust folksong and later by his ‘marking’ of Beckmesser’s musical faults. But there are also sections of profound emotion, such as Sachs’s Act II and Act III monologues, the great Act III quintet and Walther’s radiant ‘Prize Song’. The opera also contains some of Wagner’s greatest choral writing, particularly in the astonishing Midsummer riot.

Much of the material for Die Meistersinger was Wagner’s own invention. However, the Mastersingers’ Guild of Nuremberg did exist, as did the 16th-century cobbler, playwright, poet and mastersinger Hans Sachs, author of some 4,275 works. Sachs’s plays are known for their philosophical good humour, and some are still performed in Germany today. And of course the tradition of craftsmen’s guilds has continued – not least in the City of London.

Kasper Holten’s production looks at the fight between tradition and innovation, and sets the opera inside the microcosm of the Mastersingers’ world: a gentlemen’s club, where powerful men go through antique rituals, dress up in symbolic costumes and offer women as prizes in competitions – but where a midsummer night’s dream exposes all their demons and makes it clear that change is in the air.

Die Meistersinger von Nürnberg runs 11–31 March 2017. Tickets are still available, and more tickets at a range of prices are released each Friday at 1pm for performances in the following week as part of Friday Rush.