Opera Essentials: The Importance of Being Earnest 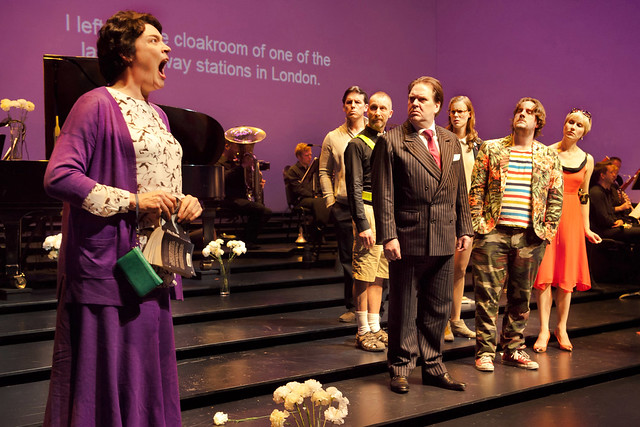 Ernest loves Gwendolen, but he hasn’t told her that his name is really Jack. Jack’s friend Algernon loves Jack’s ward Cecily, but she thinks his name is Ernest. Both Cecily and Gwendolen remark that they particularly admire the name Ernest, to the secret anguish of Jack and Algy. Lady Bracknell strongly disapproves. Many cucumber sandwiches are eaten.

The Importance of Being Barry

The beautifully deranged musical world of Irish composer Gerald Barry occupies a unique position in contemporary music. His music is endlessly inventive, driven by a seemingly tireless energy and a delight in the absurd. Barry has long been drawn to opera, and started work on his first, The Intelligence Park, in 1981; it tells a sad tale of Baroque composer Paradies who falls in love with his lead castrato. He followed it with the TV opera The Triumph of Beauty and Deceit (inspired by Handel’s oratorio The Triumph of Time and Truth), an adaptation of Rainer Werner Fassbinder’s The Bitter Tears of Petra von Kant and the miniature monologue La Plus Forte. He is following his fifth, The Importance of Being Earnest, with Alice’s Adventures Under Ground, written for his friend Barbara Hannigan.

‘A Kind of Hysteria’

Barry’s music for Wilde’s ‘trivial comedy for serious people’ is a magical medley of different musical styles, inspired by what Barry calls the play’s ‘kind of hysteria’. Algernon’s furious, fearsome piano version of Auld Lang Syne opens the opera and then rears its head throughout; the authoritarian Lady Bracknell is cast as a basso profondo with a profound liking for Schiller; Jack and Algy’s conversations are set to pseudo-serialist music that Barry felt ‘seemed as ridiculous as the text’. Most famously, he sets Cecily and Gwendolen’s icy meeting over tea to the sound of 40 dinner plates smashing: ‘I asked myself what would be an expression of their anger with each other and I suddenly thought – breaking things’.

The freshness of hilarity of Barry’s setting of The Importance of Being Earnest suggest he and Wilde are kindred spirits. But initially Barry was concerned: ‘What could one possibly bring to such a cut-glass text which is so perfect?’ Barry cut two thirds of the play to adapt it into a libretto, heightening the sense of absurdity and losing some famous lines along the way. But the cucumber sandwiches were sacred. ‘I didn’t remove any of the references to food. And because I cut so much of the rest of the play these food references loom infinitely larger in my version than the original. Indeed, it seems that the men are as interested, if not more interested, in food as they are in the women.’

Thomas Adès conducted the concert premiere of The Importance of Being Earnest in Los Angeles in 2011, and followed it up with a further performance at the Barbican in 2012. The opera received its staged premiere in 2013 in a production by Opéra national de Lorraine and later that year a new production by The Royal Opera. The same year Barry’s success was given international recognition when the opera won the Royal Philharmonic Society’s award for Large-Scale Composition; the RPS remarked that ‘the forceful originality of this work smashes conventions alongside plates, and miraculously provides the most well-worn quotes with a freshness and originality’. The Royal Opera now restages its production in the Barbican Theatre.

The Importance of Being Earnest runs 29 March–3 April 2016. Tickets are still available through the Royal Opera House and the Barbican.