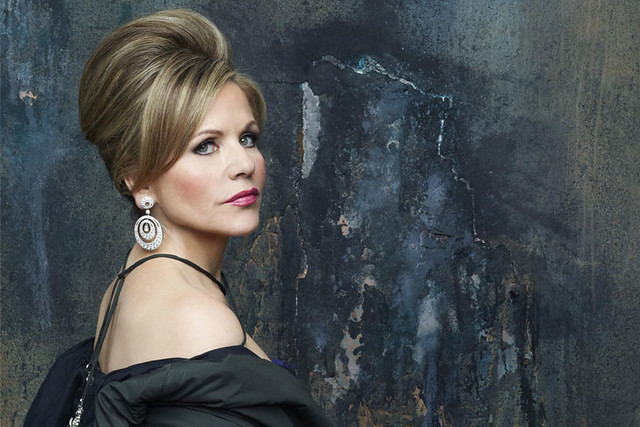 Lecherous Baron Ochs arrives in Vienna to marry Sophie von Faninal. His cousin the Marschallin decides to amuse herself by sending her young lover Octavian as Ochs’s ‘Rosenkavalier’ to present a silver betrothal rose to Sophie. This – coupled with the fact that Ochs has fallen for her ‘maid’ Mariandel (Octavian in disguise) – has profound consequences.

Der Rosenkavalier was Richard Strauss’s second collaboration with Hugo von Hofmannsthal, the writer he termed his ‘born librettist’. Hofmannsthal invented the story – loosely basing it on a French operetta, L’Ingénu libertin – in answer to Strauss’s demand for a comic subject after the harrowing drama of Elektra. Der Rosenkavalier developed a more serious aspect as both men became increasingly interested in the character of the Marschallin. The opera had its premiere on 26 January 1911 at the Königliches Opera House, Dresden, to rapturous acclaim. Strauss and Hofmannsthal went on to create four further operas together

Strauss was a master orchestrator, and uses the large orchestra of Der Rosenkavalier to provide a rich palette of musical colours. The score contains many memorable pictorial and emotive orchestral effects, such as the delicate chamber orchestra accompaniment for the Marschallin’s pensive monologue in Act I, the majestic fanfare and shimmering chords for the arrival of Octavian in Act II, and the richly-textured sensual waltz that ends Act II as Ochs anticipates his possession of Mariandel.

Strauss’s love of the soprano voice is never more clear than in Der Rosenkavalier, which contains three of his greatest female roles. Particular highlights include the Marschallin’s Act I duets with Octavian and monologue, the Presentation of the Rose in Act II – with Sophie’s voice soaring above Octavian’s – and the sublime trio, one of Strauss’s most beautiful ensembles, for all three characters in Act III.

Reflections of a changing world

Robert Carsen sets his production around the time Strauss wrote his opera, as the aristocratic imperial world of the Marschallin is beginning to give way to a new world dominated by wealthy entrepreneurs and arms dealers such as Faninal. Paul Steinberg’s sumptuous sets reflect how Strauss’s characters’ very private passions are often forced into the public arena, in a world where the impending world war is about to change the privileged lives of the aristocracy for ever.

The production is a co-production with the Metropolitan Opera, New York, Teatro Regio, Turin, and Teatro Colón, Buenos Aires, and is given with generous philanthropic support from The Monument Trust, Mrs Aline Foriel-Destezet, Simon and Virginia Robertson, Susan and John Singer, the Friends of Covent Garden and The Royal Opera House Endowment Fund.