One masterpiece after another: The quiet revolutionism of Afternoon of a Faun

Controversial at its premiere, this dreamlike story of unfulfilled desire has seduced several great artists over the past century. 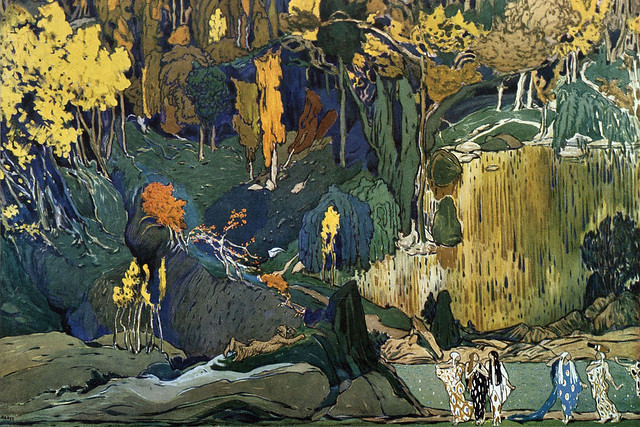 A faun wakes, gasping with desire for two wandering nymphs. But he isn’t sure – were the nymphs real, or just fragments of a dream? His lust spent, he sinks back into sleep.

The poem L’Aprés-midi d’un faune (The Afternoon of a Faun) by the poet Stéphane Mallarmé is not action-packed. It’s not even very easy to work out what that action is supposed to be – Mallarmé’s complex language is full of elusive ambiguity, in both an evocation of the faun’s waking dream and in an attempt to mimic music’s power to move without explicit meaning. For all its obscurity, the poem became one of the landmark works of the Symbolist movement – and would soon inspire modernist masterpieces in other art forms.

Claude Debussy first met Mallarmé in 1890 and became a regular at the poet’s influential Tuesday salons. At the very start of their relationship Mallarmé asked Debussy to contribute a piece to a planned theatrical project centred around the L’Aprés-midi poem. The project never happened, but Debussy continued to work on the idea, and eventually his Prélude à l’aprés-midi d’un faune had its premiere in 1894.

The Prélude was one of Debussy’s last works before Pelléas et Mélisande, the 1902 opera that was to make his name, and its premiere went largely unnoticed. But by 1904 the Prélude had been heard as far abroad as New York and Constantinople, and was becoming recognized as a work in Debussy’s mature style – one in which his highly individualistic approach to melody and harmony was strikingly apparent, and which was even credited in later years as the birth of atonality. 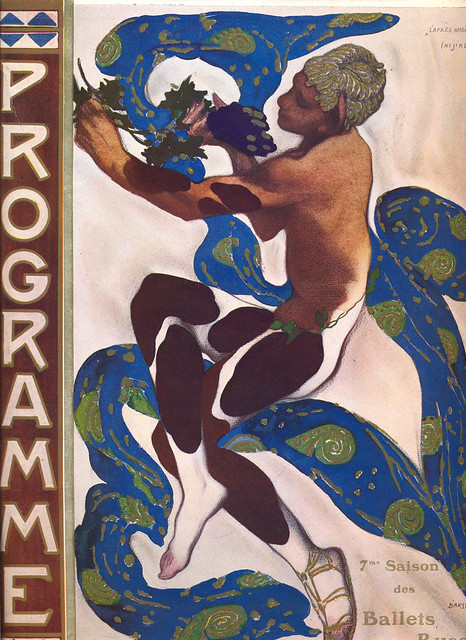 In 1910 the young Russian dancer Vaslav Nijinsky, star of the Ballets Russes, became enchanted by ancient Greek and Egyptian art and was inspired to choreograph a ‘moving bas-relief, all in profile, a ballet with no dancing but only movement and plastic attitude’. Impresario of the Ballets Russes Sergei Diaghilev suggested Debussy’s Prélude as the score.

If Debussy’s premiere went largely unnoticed, Nijinsky’s had quite the opposite effect. The premiere of Nijinsky’s L’Aprés-midi d’un faune in 1912 was marked by scandal, discussion of which continued on the front pages of newspapers for days afterwards. Nijinsky’s scenario shared the dreamlike ambience of Mallarmé’s poem. Nijinsky played the faun; roused from slumber, he tried to woo a passing nymph, who as she escaped left behind a veil. The faun embraced the veil with a final orgasmic shudder – a closing gesture that gave rise to the ensuing controversy. Yet it was Nijinsky’s analytical approach to movement that makes his Faune a turning point in dance history; in it, he made the first steps towards abstraction in dance.

L’Aprés-midi d’un faune is the only one of Nijinsky’s ballets for which the choreography remains more or less in tact, and the ballet has been performed with some regularity since that first infamous performance. It’s inspired many other choreographers to adapt Debussy’s Prélude for dance: Kasyan Goleizovsky in 1922, Serge Lifar in 1935, Kurt Jooss in 1966, even Norman Maen’s 1976 ‘on ice’ version. But the adaptation which has surpassed even Nijinsky’s in popularity is Jerome Robbins’s Afternoon of a Faun, created for New York City Ballet in 1953.

Robbins took Debussy and Nijinsky’s fin-de-siècle modernism and transposed it into his own era – while, ingeniously, inserting passing references to Nijinsky’s original choreography. The faun becomes a young ballet dancer, his intangible relations with a nymph now an introverted, narcissistic rehearsal with another dancer. There is the same atmosphere of sexual awakening, of dreamlike haze. It is one of Robbins’s masterpieces – just as Faun was for Nijinsky, for Debussy, for Mallarmé.

Afternoon of a Faun will be performed in a Royal Ballet Mixed Programme with Viscera, Tchaikovsky Pas de deux and Carmen. It runs from 26 October-12 November 2015. Tickets are still available.