'Oh, show us the way to the next whisky bar!'

Weill and Brecht’s ‘Alabama Song’ has inspired covers by Marilyn Manson, a cappella groups, Serbian rock band Električni Orgazam and hundreds of others. 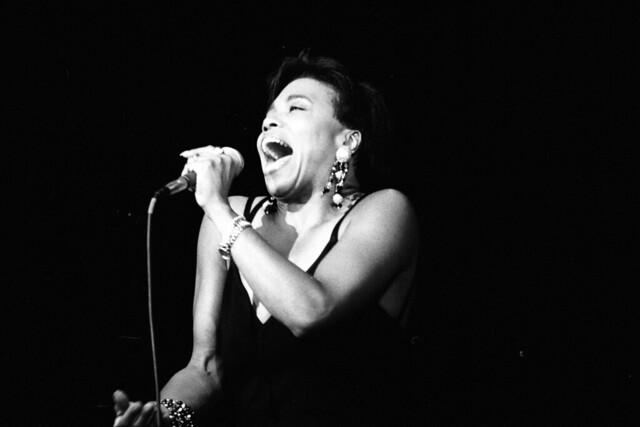 Brecht and Weill’s ‘Alabama Song’ from Rise and Fall of the City of Mahagonny has always found favour among pop music’s experimentalists. The song has inspired literally hundreds of covers; most famous are those by The Doors and David Bowie, but that is just the very tip of the iceberg. Just remember one thing: 'don’t ask why'.

In the opera the ‘Alabama Song’ is sung by a group of prostitutes looking for work. They ask for ‘the next whisky bar’, ‘the next pretty boy’ and ‘the next little dollar’.

Brecht wrote the song in English, in contrast to the opera’s prevailing German (though John Fulljames's Royal Opera production employs English throughout). The song’s music also makes it stand out: its verse-chorus structure and simple melodic and harmonic writing clearly mark it as an imitation of the popular music of its time. However, this is by no means a ‘real’ pop song. Rather, it’s a parody, with jarring dischords and weird, irregular phrases. It hints at popular music – cabaret in particular – but deliberately stands at a remove: it has more in common with the neoclassical Stravinsky than with 1920s jazz hits.

The Doors and David Bowie

The Doors encountered the song via keyboard player Ray Manzarek’s girlfriend, Dorothy Fujikawa, who had a recording of the opera. Jim Morrison and the band iron out the original’s carefully placed irregularities: the harmonic clashes all disappear, and the awkward phrases are simply cut out. In short, they turn it from a parody of popular music into the real thing. But they do it incredibly well.

In 1980, noted Brecht enthusiast David Bowie issued his cover of ‘Alabama Song’ as a single. Like Morrison, Bowie exchanges the ‘pretty boy’ for a ‘little girl’ in his lyrics. But this is where the similarities end. Bowie sticks precisely to Weill’s angular melody and phrase structure, and throws in a generous helping of extra chaos as well: the drumming is wild and the verses are full of shrill, aggressive guitar parts. The result is something packaged like a pop song, but just as alienating as Brecht and Weill’s original.

The artist who best highlights the closeness of the original song to cabaret is Ute Lemper. Her version of the ‘Alabama Song’ stays true to the spirit of the original while also turning it into a real cabaret number – no mean feat.

Jazz artists have by and large drifted a little further away from the noirish feel of Weill’s version: Dee Dee Bridgewater is a lot more upbeat in her cover, while Eric Dolphy and John Lewis deliver a wonderfully played though unadventurous instrumental take on it. With François Chesnel’s smooth, easygoing version, the song’s transition to gentle dinner-party material seems complete.

But wait – here’s Nina Simone, who retitles it, completely changes the lyrics, and generally delivers the whole thing as if in a strange trance. Veering from the furtive, sinister verses to a country-style dance in the chorus, this is one of the strangest versions of all. It doesn’t really seem to have anything to do with Brecht and Weill’s version, but it’s certainly captivating and strange.

We’ve just skimmed the surface. Marilyn Manson seemingly takes most of his inspiration from The Doors’ cover. Serbian rockers Električni Orgazam veer between punk and new wave, ditching most of the text and melody. Japanese noise-rock trio eX-Girl follow the female close-harmony scoring of the original, with terrifying results. And so on.

Find out more about the countless covers of the ‘Alabama Song’ in the Royal Opera House Rise and Fall of the City of Mahagonny Digital Programme.

Rise and Fall of the City of Mahagonny runs 10 March–4 April 2015. Limited tickets are still available.

The production will be broadcast live to cinemas around the world on 1 April 2015. Find your nearest cinema.