Do you know your mezzo-soprano from your countertenor? Discover the subtleties of opera's voice types 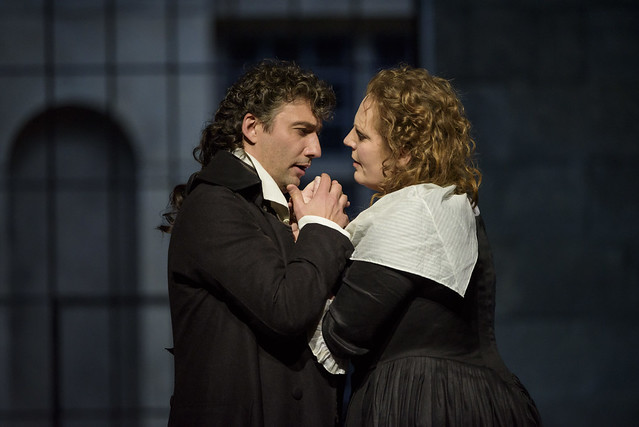 The variation of voices in opera can't be summarized just by the notes a singer can reach, from their lowest to their highest. The voice is linked to the character of the singer in much more extensive ways. Singers need to work out how their voices move through the pitches, what is the most comfortable tone and its range, whether the voice sits naturally higher in the full range or lower. Add to this the character types a singer can most easily project on stage – the tragic and dying lover or the virile, conquering hero, the flirtatious seductress or the brooding baddie – and the whole scheme becomes complex. When all these elements of the performer and their voice come together in one role, then we get those outstanding performances that are musically glorious and dramatically engrossing.

The more subtle way of thinking about voice types alongside the operas, bringing character and range together, is called a Fach, a German term for a systematic categorization of voices. Such classification provides a way of listening to voices with more in mind than just the notes that each voice can hit. If you are a singer, discovering your Fach, which is the sort of role you suit best, is part of the business.

Mezzo-sopranos (the Italian name for a pitch range set slightly lower than that of a soprano) can start training only to discover they are really more comfortable as coloratura sopranos, and baritones can go down to be either bass-baritone and on to bass, or sometimes push up to become full-voiced tenors for those big Wagner roles. Just like actors, too, a singer may be better in supporting roles, or comic ones, or heavily characterized ones, and so on.

Operatic plots create not only character names, but expectations too of what those characters will sound like as well as how they will behave. The choice of voice range and tone is crucial to creating this impression for the audience. If you were watching an Italian opera in the nineteenth century, you would have in mind a certain pattern of characters and voices. So much of our expectation stems from this. Much of it is linked to the formation of the dramatic troupe, and it's a pattern you can see across theatrical genres, from straight play to opera and musical theatre.

In this archetypal structure, a lead couple, male and female, carry the central part of the story – they fall in love and marry or fall out of love and kill themselves. Another couple provide a comic distraction or some sort of potential rivalry to get in the way of the central characters' dramatic journey. You can see the value of making their voices different to reflect their characters. The base line with our historically informed opera repertory today is that the first couple will be soprano and tenor, and the second couple will be lighter soprano or mezzo-soprano and baritone. As for some of the other characters, children and young men (usually shown as naïve and inexperienced) may be played by women with higher and lighter voices, old men or especially wise ones (such as priests) and evil ones (devils) are sung by basses for the gravitas or menace a low, rich sound can bring to the portrayal.

This is an extract from John Snelson's book, How to Enjoy Opera published by Oberon Books.

This article is part of the Voices of opera series

This article has been categorised Music, Opera and tagged