Major retrospective planned of the work of photographer Clive Barda 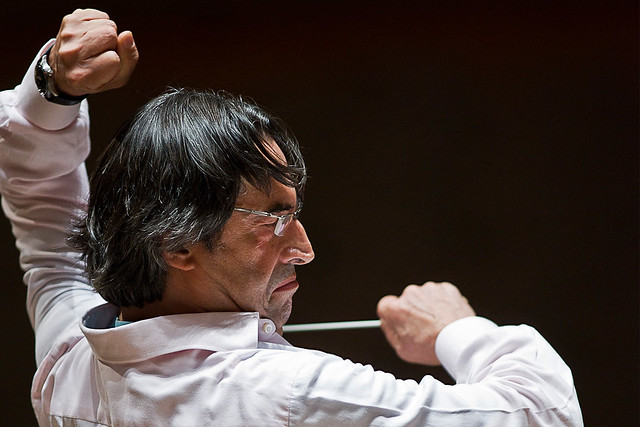 EXPOSURE!, an international exhibition of the photography of Clive Barda, opens at the High House Production Park in Thurrock on 14 October.

The free exhibition, co-curated by Clive Barda and Jannette Cheong, features 100 prints spanning Clive’s 40-year career. A stunning collection of classic photos, it includes early black and white portraits of iconic figures from the world of music as well as images of major theatrical productions and performers. The exhibition, which toured major performing arts venues during the spring of 2012, will be in Thurrock until 20 October. See below for full details and opening times.

Globally renowned, Clive Barda began photographing the arts in the 1960s, and since then he has captured some of the world’s most talented and well-respected musicians and celebrated shows, including opera legend Pavarotti and acclaimed Wagnerian John Tomlinson in Keith Warner’s Siegfried.

Clive, who photographed his first opera at the Royal Opera House in 1974, is known within the industry for his discretion and close relationship with the artists, and is in high demand amongst those working in the performing arts. His work is featured in permanent collections in the the National Portrait Gallery, the National Museum of Photography, Film & Television, and Wigmore Hall.

At the exhibition, a new 60-minute documentary about Clive’s work, by film-maker Philippe Monet, will be screened. Watch a trailer of the film:

On Tuesday 16 October at 7pm, Philippe's film will be introduced with a special presentation, and Clive Barda himself will be interviewed and take part in a question and answer session. A Q&A will take place with Phillipe at a second screening at 3pm on 20 October.

Although the exhibition is free, tickets to the film screening cost £3 (£2 concessions). Tickets can be purchased in person at High House Production Park's Reception or by phoning 01708 891 200. You can also e-mail getinvolved@roh.org.uk  for further information.

Clive Barda’s The Power of the Ring, a book that documents The Royal Opera’s 2007 production of The Ring Cycle, is being re-issued to celebrate the revival of the opera this season, and will be available in the Royal Opera House Shop from 17 September.

The exhibition takes place in The Barns in the High House Production Park, Purfleet, Essex. The park is also home to Bob and Tamar Manoukian Production Workshop, where Royal Opera House sets and scenery are constructed. The workshop, which opened in 2011, is now open for public tours. For full details, visit our Tours page.