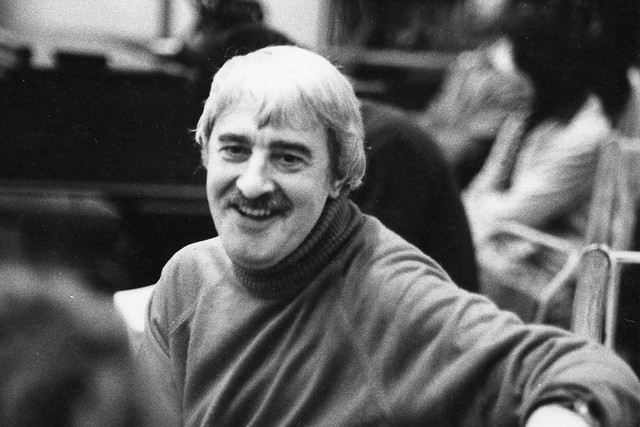 The 80th anniversary of Kenneth MacMillan's birth has been an opportunity to re-discover the breadth of his creativity, and the Insight Evening for The Royal Ballet's upcoming MacMillan triple bill followed in this path last week. The event brought together artists who got to know Kenneth MacMillan intimately, from composer Brian Elias to former Royal Ballet dancers Irek Mukhamedov and Julie Lincoln, and all spoke with singular warmth of different facets of the British choreographer, best known for his Romeo and Juliet or Manon. The one-act ballets introduced that evening demonstrated the scope of his inspiration, from The Judas Tree, an extreme tale of betrayal and guilt, to Elite Syncopations, a light-hearted romp to ragtime tunes - what emerged in the end was a unique vision of a choreographer fascinated with human nature and its contradictions, who pushed the boundaries of ballet far beyond expectations.

The evening started with a discussion around the music for The Judas Tree, commissioned in 1992 from Brian Elias. Barry Wordsworth, The Royal Ballet's Music Director, led the conversation, explaining that he and Elias attended the Royal College of Music around the same time. The Judas Tree was the composer's first ballet score, brought about by Deborah MacMillan, Kenneth's wife, who arranged the collaboration after going to one of Elias's concerts. MacMillan was actually very nervous about commissioning music, the audience learnt, as it used to be impossible to have a clear idea of what a score would sound like until the last rehearsals - and it became clear over the course of the evening that MacMillan knew what he wanted and kept close control over his creations.

For The Judas Tree, Kenneth MacMillan originally thought of working on the Last Supper - his interest in betrayal had been triggered by the Tiananmen Square massacre, in April 1989. Brian Elias recounted how the choreographer took him to ballets regularly during the process of creation, but refused to give him a scenario - what he wanted was a symphonic piece around Judas's iconic figure, divided in symbolic parts, from calm to massacre. The powerful, sometimes terrifying images the ballet conveys thus offer layers of meaning; each of the solos for the men, Elias explained, drew on the Apostles and their respective attributes, and yet their realistic expression of sexual passion and violence unfolds on a building site, among wrecked cars. Philip Cornfield's playing of excerpts at the piano showed exactly that provocative ambiguity, leading on to a practical session around Judas and the sole woman among the workers.

The Judas Tree rehearsal was led by Russian-trained star Irek Mukhamedov, who created the role of Judas in 1992. Principal dancers Thiago Soares and Mara Galeazzi took on the two central characters, going through their violent pas de deux before the enigmatic woman, defined as a 'present' for the workers, is killed for eluding Judas. Irek Mukhamedov talked the audience through intricate details in the choreography which convey the characters exactly, from the angle of a head to the accusatory finger the woman points at her murderer. The raw physicality of the choreography, requiring Mara Galeazzi to achieve extreme positions in the arms of her partner, drew gasps from the audience - The Judas Tree is ballet technique extended to express the most violent situations, from jealousy to rape, and the dancers admitted to relishing the challenge. For Thiago Soares in particular, the role, which requires fantastic strength, is a departure from the traditional princes of ballet and as he brutally killed the woman and drew her figure on the floor with chalk, as if overcome by fear and guilt, the heavy dramatic power of the ballet became clear.

The mood lightened considerably with a rehearsal of Elite Syncopations, one of MacMillan's most playful, carefree creations; in this ballet, dancers in sassy, colourful unitards bring their comic flair to a series of popular ragtime tunes from the likes of Scott Joplin. Julie Lincoln, a former Royal Ballet dancer and now stager for various MacMillan ballets, guided two corps de ballet dancers, Nathalie Harrison and Michael Stojko, through the Alaskan Rag, a humorous pas de deux for a tall girl and a small boy. The aristocratic woman played by Nathalie Harrison finds her diminutive partner endearing and tries to shine despite his difficulties, their height difference becoming the pretext for many gags. Just as Irek Mukhamedov explained in connection to The Judas Tree, the steps here make the character and the choreography full of whimsical lifts and falls and fits the syncopated music to perfection. Julie Lincoln emphasized the importance of acting and comic timing, and as the audience started laughing more and more at every turn of the pas de deux, the dancers' confidence seemed to grow, allowing them more freedom within the choreography. An uplifting end to the evening, and the promise of new star turns in MacMillan's lasting creations.

This article has been categorised Ballet and tagged Brian Elias, by Kenneth Macmillan, Elite Syncopations, Kenneth MacMillan, The Judas Tree, The Royal Ballet