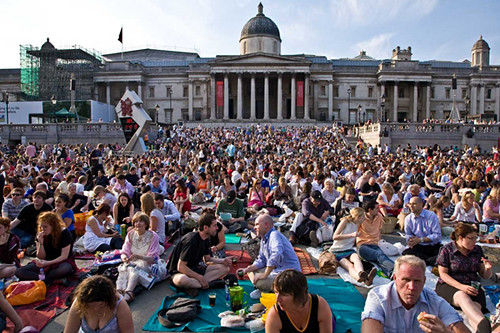 The final lineup for the London 2012 Festival has been announced, with 12,000 events taking place around the country.

The 12 week arts festival is the culmination of the four-year Cultural Olympiad and runs from 21 June until 9 September.

At the launch event, festival director Ruth Mackenzie said that the festival would leave a legacy of art works and will offer young people the opportunity to gain their first job in the arts.

As part of the summer of celebrations, The Royal Opera House will present a number of works including David McVicar's new production of Les Troyens, Metamorphosis: Titian 2012 in conjunction with the National Gallery and BP Summer Big Screen relays of three works from the Royal Opera House to over 25 locations around the country. Further events presented by the Royal Opera House can be found on our earlier blog.

The full programme guide can be downloaded from the London 2012 Festival website.