Listen: Wagner’s Tannhäuser – ‘It’s an amazing discovery to feel that way about music’ 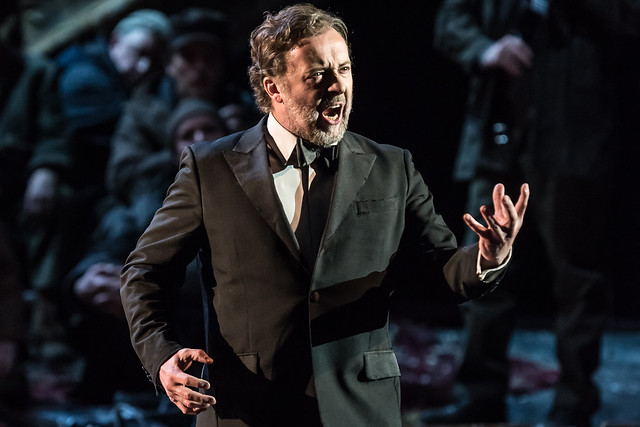 ‘It’s phenomenal music, with a truth to it that I think I seldom feel in other things’, says Emma Bell, who sings Elisabeth in The Royal Opera’s production of Tannhäuser. Conductor Hartmut Haenchen agrees: ‘I always say, it’s quite simple – go, and feel what the music is telling you, and you will love it.’

Wagner’s Tannhäuser ‘is a very open work’, explains Christian Gerhaher, who sings Wolfram. ‘Before he died he said to Cosima, “I owe another Tannhäuser to the world”.’ Of the many versions Wagner produced over a thirty-year period, Haenchen prefers the last ‘Vienna’ version, from 1875. ‘What he did finally for Venusberg was to take his experience of Tristan und Isolde and make this incredible music. And the other world [of the Wartburg] is quite dry, quite traditional, quite simple. I love to have these different worlds – then you understand Tannhäuser much more.’

For Gerhaher, ‘The really interesting thing to me is I don’t believe that Tannhäuser ever loved Elisabeth. It comes to this tragedy that he has to face this unloved woman and has to lie, lie lie. And so the tragedy is clear. It is like a catastrophic movie – everyone knows it will be horrible. Nothing can end in the right way, because everything is wrong’.

‘If you look to the figures of all the women in Wagner’s operas there is one big idea’, adds Haenchen. ‘He was really convinced that only women could do something good for this world. This was his musical statement in nearly every opera.’ Bell agrees: ‘this idea that a woman puts herself on the line in a way that men don’t, necessarily, seems to me quite an obvious historical point here.’

‘Wagner is not only loud’, says Haenchen. ‘Mostly you have Wagner from the beginning to the end; it’s four hours and a lot of noise. But it’s so different, the sound should be so different and you should play with the words and play with really extreme dynamics.’ Gerhaher agrees: ‘This is for me the right attitude, to weigh the importance of every word and clearly depict this importance by colourization, dynamical differentiation and tempo development.’

Ultimately, ‘It’s a lot more accessible than we’ve all been led to believe’, says Bell. ‘It’s been put on this pedestal and barbed wire’s been put on the stem and everyone’s said now see if you can reach through. I think that just needs to be ripped down. Just give it a go, it’s so truthful.’

Tannhäuser runs until 15 May 2016. Tickets are still available.

The production is given with generous philanthropic support from Dr and Mrs Michael West, Simon and Virginia Robertson, Maggie Copus, Peter and Fiona Espenhahn, Malcolm Herring, the Tannhäuser Production Syndicate and the Wagner Circle.